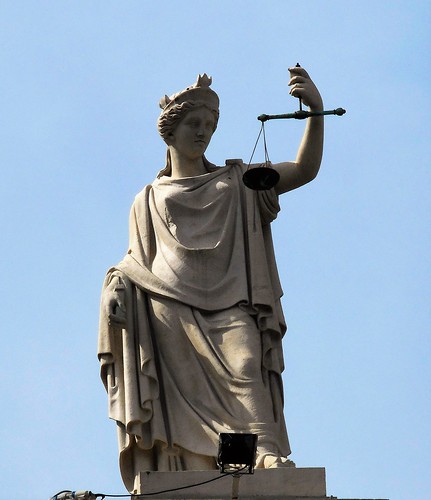 The blighted soul of this nation is on trial in Minneapolis right now. Can we finally remove the blight of racism and allow the true democratic soul of the nation to be redeemed?

The trial of former policeman, Derek Chauvin is just one more in a string of trials about police brutality and, sometimes death, especially to black Americans, but it probably can be extrapolated to nearly all racial groups in America.

Although this trial is specifically about the death of George Floyd while in police custody, the event happened in front of multiple witnesses and in front of all of the world, as the films were broadcast to the public. The resulting community response in Minneapolis was understandable outrage, especially by the Black community, but this quickly spread to a large segment of Minneapolis, and then to the nation and to the world. We all saw the blatant disregard for the calls for help from the victim leading to yet another death of a Black citizen by the police.

This is after dozens of similar episodes over the past few years, all leading to growing public concern and at long last, calls for action on racial justice in this nation. We all know the history of this nation after white Europeans came to these shores. First were the indigenous peoples, the Indians, who were systematically exterminated, their land confiscated, eventually in a kind of genocidal frenzy, leaving them with only remnants of their once proud societies.

Then we used economic justifications to import tens of thousands of Black laborers as slaves, mostly to prop up the plantation system in the South. Even after the Civil War and the Emancipation Proclamation, we, as a society, found ways to punish and restrict those former slaves, creating a second-class citizenry that could be manipulated, restricted and brutalized. Lynchings were part of that process as were beatings and home burnings. There was little to no hope for redress from the courts, nor any way to have much of a voice in the political or electoral process.

Part of that legacy was reflected in other ethnic groups like Jews, Italians, Eastern Europeans, and any recent immigrant groups. It was certainly practiced with other racial groups like Asian groups, especially Chinese laborers, and later with those from Mexico.

Most white Americans grew up simply accepting this as part of what being an American was about, with perhaps some vague knowing that something was wrong about it, but not exactly feeling a need to face it, or act on the basic injustice of it.

Even as these racial groups integrated into the workforce and proved themselves valuable assets, we paid them lower wages and gave them little respect, even though they had proven their patriotism fighting our wars. In World War I Blacks fought valiantly only to return to the same racism they confronted before the war. The same was true of World War II which included other racial groups like the American Indians and the Japanese Americans as well as the Black soldiers and airmen. Nothing they could do to prove themselves as patriotic Americans seemed to make a dent in the racial norms that continued in place.

After the New Deal had finally helped give so many ordinary white American citizens a voice in their own futures and the future of the nation, the racial groups realized that there was little they could do to improve their plight unless they organized to confront the basic injustice of the situation. So, we saw the beginning of that organization, forcing the seemingly complacent white citizenry to have to face the realities of what was going on.

The Civil Rights movement began to form and gained momentum. However, they faced resistance and backlash and a U.S. Senate, controlled by Southern stalwarts totally opposed to integration. That blockage was finally broken by LBJ with landmark Civil Rights legislation aimed at voting rights, integration, housing fairness, and more equity in the courts.

All this happened with the grudging acquiescence of some powerful political groups who schemed to move the nation back to its former racial practices. They fought integrated public education and busing by setting up additional private schools, they found ways around housing regulations and devised ways to restrict who could vote or participate in the electoral process. And with money being more and more the dominant force in all electoral processes and the institutional basis of this nation, those racial improvements were under continual attack.

With the blatant racism being enforced by the police departments across the nation with profiling and with much unreported brutality, eventually the police begin to become even more blatant and public in their abuses. (I will stop here to recognize that most policemen are good Americans who do not directly participate in such racism, but until the police unions and police departments begin to represent those police and hold those guilty of egregious acts fully accountable to the public that pays them, their acquiescence will allow them to be painted with that same broad brush of racial brutality).

As many in this nation, and around the world, lose their belief that these United States are willing to make the necessary changes to guarantee racial justice; as the power structure seems incapable of budging on its racial stance, frustration grows. Who will believe that when push comes to shove when confronting the power structure of this nation, any racial groups, or for that matter, any group that is not a part of that power structure, can hope to be heard or dealt with justly and fairly? What has happened to any semblance of democratic ideals and norms?

So, this trial is about yet another blatant example of police brutality and racial indifference that led to death. The burning question is, "Will our nation finally face its past of racism and begin to redeem itself and allow the healing process to begin? Or will we continue on, finding some technicality, some specious justification to allow this horrible racist legacy to continue as our apparent national policy?"

Related Topic(s): American Civil Liberties Union; American Dream; American_History; Indifference; Police; Protest; Racism; Racism; SOUL, Add Tags
Add to My Group(s)
Go To Commenting
The views expressed herein are the sole responsibility of the author and do not necessarily reflect those of this website or its editors.