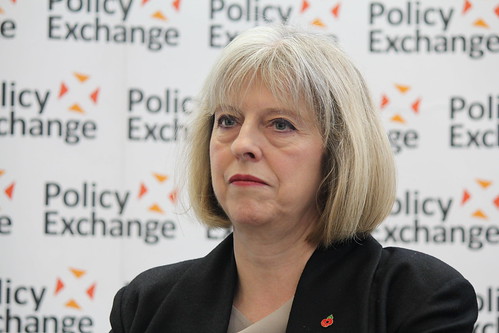 Donald Trump has undertaken a dramatic initiative to put Putin in his place before it's too late. The tipping point was Russia's alleged nerve agent poisoning of ex-Russian citizen Sergei Skripal in London.

In response Trump's kicked out 60 Russian diplomats from the US and shut down that country's consulate in Seattle.

There have been two divergent reactions to that. Some are pleased that Trump has finally put Putin in his place. But others are concerned that he has set the US on a course that risks nuclear conflict with Russia.

I think there are good reasons to question the genuineness of Trump's motives.

First, Trump has long said he wants to get along with Putin, not alienate him. This goes way back to his campaign rhetoric. He recently reaffirmed that position.

Second, nobody, absolutely nobody, has produced any believable proof that Russia is to blame in the Skripal case. Maybe yes, maybe no. At this point nobody knows. The investigation has barely gotten underway. But yet there has been an irrational rush to judgment. Why the hurry?

Third, Trump's departure from his well-established policy to get along with Putin follows on the tail of a very bad week he's had. There's the interminably long Mueller probe into Trump's alleged collusion with Putin to beat Hillary Clinton in the presidential election. Then there were two prominent national TV interviews. They were with women alleging hushed-up sexual affairs with Trump from years back.

Trump may have felt that things were closing in on him. Those salacious interviews may have been the straw that broke the camel's back. His attack on Putin came right on the heels of the latest compromising interview.

Think about it. Trump had a strong motivation to divert public attention away from his alleged misdeeds. His political opponents are using them to delegitimize his presidency, win control of the House of Representatives this year, and then impeach Trump.

But look what he's done in response.

He has become a conspirator in the UK Prime Minister Theresa May's illegal assault upon the Russian state. Here is a list of her and her country's transgressions.

--The UK has violated the spirit of the Vienna Convention on Diplomatic Relations. That has involved:

--Expelling Russian diplomats explicitly based on allegations for which there is yet no substantiation.

--Indicting in the media both Russia and its president for the attempted murder of Skripal before any reasonable investigation could have been concluded.

Pascal Najadi is a Swiss businessman with extensive experience in investment banking, public relations, and marketing. He works internationally in several countries around the globe. That has led him to assist world governments that have faced (more...)

Related Topic(s): Bill Clinton; British Prime Minister Theresa May; Donald Trump; Hillary Clinton; Provocation; Skripal; Skripal Poisoning; Vladimir Putin, Add Tags
Add to My Group(s)
Go To Commenting
The views expressed herein are the sole responsibility of the author and do not necessarily reflect those of this website or its editors.

The Skripal Affair - Step 1 toward WWIII

A Call from Switzerland for Stability in America

Navalny and a Palace Coup Against Putin?

From Switzerland with a Message of Concern to President Biden