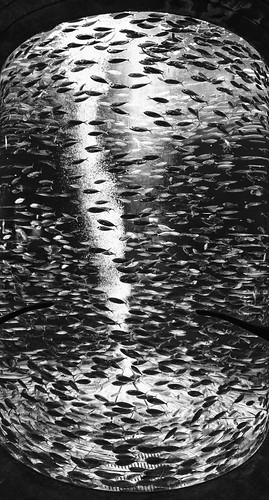 "There are no hard distinctions between what is real and what is unreal, nor between what is true and what is false. A thing is not necessarily either true or false; it can be both true and false." I believe that these assertions still make sense and do still apply to the exploration of reality through art. So as a writer I stand by them but as a citizen I cannot. As a citizen I must ask: What is true? What is false?

About a week ago, Glenn Greenwald published a piece on his new Substack platform, "Journalists Start Demanding Substack Censor its Writers: to Bar Critiques of Journalists." He's upset that privileged, corporate-protected MSM journalists are calling for moderators to be installed on Substack to censor freelance journalists who criticize the work of MSM shills. Greenwald has been the leading critic of MSM news reporting for years, often noting their prostitution and stenography in support of the ever-tightening noose around our democracy -- seemingly needing just a horse-haunch slap to end it all.

The MSM call to 'censorship' appears to be part of an effort to control the rules of online readerly engagement in social-media platforms -- especially Facebook and Twitter, the Big Mouths of the Net -- currently underway, but which stretches back to the clarion call moment years ago when a list of "fake news" sites (alternative journalism) was pushed by WaPo (Bezos, CIA), with sites whose writers often vociferously criticized mainstream coverage events. The list went over the line, including often-trenchant publications like Black Agenda Report, Truthdig, and Counterpunch. There appears to be a "move" on the way we should scouting out for.

Still, I was mildly struck by the irony of Greenwald rightly savaging the MSM attacks on Substack, given the commentariat on his site who will come at you like white-sheeted blood cells if you even question his information or its intentions. I mean, they swarm you and beat you down and down, man. So, yeah, irony. But as is almost always the case with the Greenwald, he knows what he's writing about, and he is consistently and welcomely, adversarial.

But what I wonder is what caused the break-up of his marriage with Pierre Omidyar, owner of eBay and The Intercept. I recall way back in the when now, that Amazon's Jeff Bezos and Omidyar were "bidding" for the ownership of the Washington Post. Did Omidyar see this Bezos move as a killer to eBay (Amazon is eBay's main competition) -- to the extant he went after Greenwald, then at the Guardian? Well, we don't currently know and I won't speculate further on it. But we do know that The Intercept was meant to be a groundbreaking departure from the MSM's way of publishing -- less politics involved in the editorial process, more high quality journalism. Greenwald left Intercept when he began to see it creeping toward MSM values. Frankly, a divorce like this is a story in itself: There had to be huge internal friction, as who walks away from publication they helped found over such seemingly prissy reasons?

In any case, back on task, Greenwald believes Intercept censored his piece about the Bidens last October, in which he delved into the NY Post findings about the computer that showed up in a Delaware repair shop with emails suggestion corruption in their dealings with China. Greenwald was so offended by the editorial process that he quit and moved his talents to South Stack. It seems just a matter of time before he is himself targeted and swarmed and discredited. It's how they do it. With luck, his maleficent moral antibodies will protect him. We need him around for the Biden debacle to come. So I may have to go antifa on behalf soon. Don't f*ck with the G spot.

Related Topic(s): 2012; America; Conspiracy; Election; Evil; Facebook; Future; Internet; Irony; Manipulate; (more...) Manipulation; Online; Pentagon; Privacy; Technology; Thinking; Time; Voting, Add Tags  (less...)
Add to My Group(s)
Go To Commenting
The views expressed herein are the sole responsibility of the author and do not necessarily reflect those of this website or its editors.