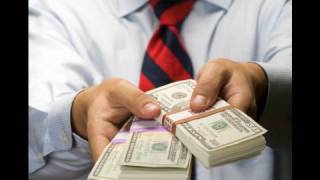 Who Owns Our Politicians?
(Image by YouTube, Channel: The Young Turks)   Details   DMCA

Congressional Republicans would be more willing to stand up to Trump if their major financial backers -- big business and Wall Street -- had more backbone.

Ever since 1971, when the then future Supreme Court justice Lewis Powell urged corporations to mobilize politically, corporate money has flooded Washington -- most of it into Republican coffers.

Today, big corporations and Wall Street essentially own the Republican Party. In the 2016 campaign cycle, they contributed $34 to candidates from both parties for every $1 donated by labor unions and all public interest organizations combined.

They donate far more to Republicans than do extremists like the Koch brothers, and have far more influence over the GOP than does the Tea Party.

Which means the CEOs of America's largest firms have the power to constrain the most dangerous, divisive, and anti-democratic president ever to occupy the Oval Office.

So why don't they? What explains their silence?

Consider Jamie Dimon, chairman and CEO of JPMorgan Chase, the largest bank in the United States. Dimon also chairs the Business Roundtable -- the most influential confab of major CEOs in America, founded in 1972, just after Powell urged CEOs to mobilize.

Dimon has gone out of his way not to criticize the mad king. While he "strongly disagreed" with Trump's equating white supremacists to protesters in Charlottesville last summer, he also counseled "not to expect smooth sailing" in the first year of a new administration.

Now well into Trump's second year, with the sailing more treacherous than ever -- Trump has fired most of the adults around him and grown even more erratic and unhinged -- Dimon is even more conciliatory.

Asked last week how Trump is doing, Dimon gushed. "Regulatory stuff, good." The potential summit with North Korea, a "great idea." He regrets his 2017 prediction that Trump would be a one-term president, telling Fox Business "I wish I hadn't said it, I was talking probabilistically."

Dimon's reluctance to criticize Trump is particularly curious given Dimon's public laments about widening inequality, the explosion of student debt, America's growing racial divide, the failure of inner-city schools, and the expenditure of "trillions of dollars on wars."

One obvious explanation is found in the money rolling in from the GOP's new tax law and Trump's frenzy of deregulation. Profits have soared at JP Morgan and at other big banks and corporations. Compensation for Dimon and other CEOs has exploded.

Never underestimate the power of a fat compensation package to buy up scruples. From the perspective of Dimon and other CEOs, what's not to like about Trump and the GOP?

It turns out, plenty. As the Republican Party moves toward Trump's looniness -- his xenophobia, isolationism, attacks on the press and on truth, conflicts of interest, anti-Muslim and racist provocations, climate-change denials, proposed cuts in Medicare and Medicaid, dismantling of the Affordable Care Act, and evisceration of the constitutional divide between church and state -- Jamie Dimon and his ilk could come out big losers.

Related Topic(s): CEO Perks; Corporations; Democracy; Inequality; Republican, Add Tags
Add to My Group(s)
Go To Commenting
The views expressed herein are the sole responsibility of the author and do not necessarily reflect those of this website or its editors.