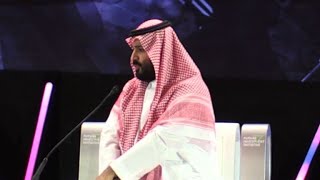 The Saudi version of the disappearance and murder of journalist Jamal Khashoggi seems to change every day or so. The latest is the Saudi government claim that the opposition journalist was killed in a "botched interrogation" at the Saudi consulate in Istanbul. Or was it a fist-fight? What is laughable is that the Saudi king has placed Crown Prince Mohammad bin Salman, a prime suspect, in charge of the investigation of Khashoggi's murder!

Though the official story keeps changing, what is unlikely to change is Washington's continued relationship with Saudi Arabia. It is a partnership that is in no way beneficial to Americans or the US national interest.

President Trump has promised "severe punishment" if the Saudi government is found to have been involved in Khashoggi's murder, but he also took off the table any reduction in arms sales to prop up the murderous Saudi war on Yemen. It's all about jobs, said President Trump. So the Saudi killing of thousands in Yemen can go on. Some murders are more important than others, obviously.

The killing of Khashoggi puts the Trump Administration is in a difficult situation. President Trump views Iran as designated enemy number one. Next month the US Administration intends to impose a new round of sanctions designed to make it impossible for Iran to sell its oil on the international market. To keep US fuel prices from spiking over this move Trump is relying on other countries, especially Saudi Arabia, to pump more and make up the difference. But the Saudis have threatened $400 a barrel of oil if President Trump follows through with his promise of "severe punishment" over the killing of Khashoggi.

The Saudis have also threatened to look for friendship in Moscow or even Tehran if Washington insists on "punishing" the regime in Riyadh. For a super-power, the US doesn't seem to have many options.

What whole mess reveals is just how wise our Founding Fathers were to warn us against entangling alliances. For too many decades the US has been in an unhealthy relationship with the Saudi kingdom, providing the Saudis with a US security guarantee in exchange for "cheap" oil and the laundering of oil profits through the US military-industrial complex by the purchase of billions of dollars in weapons.

This entangling relationship with Saudi Arabia should end. It is unfortunate that the tens of thousands of civilians dead from Yemen to Syria due to Saudi aggression don't matter as much as the murder of one establishment journalist like Khashoggi, but as one Clinton flack once said, we should not let this current crisis go to waste.

This is not about demanding that the Saudis change their ways, reform their society on the lines of a liberal democracy, or allow more women to drive. The problem with our relationship with Saudi Arabia is not about Saudi Arabia. It is about us. The United States should not be in the business of selling security guarantees overseas to the highest bidder. We are constantly told that the US military guarantees our own safety and so it should be.

No, this is about returning to a foreign policy that seeks friendship and trade with all nations who seek the same, but that heeds the warning of George Washington in his Farewell Address that "a passionate attachment of one nation for another produces a variety of evils." If we care about the United States we must heed this warning. No more passionate attachments overseas. Friendship and trade over all.

Related Topic(s): Arming Saudi Arabia; Jamal Khashoggi; Killing; War For Oil, Add Tags
Add to My Group(s)
Go To Commenting
The views expressed herein are the sole responsibility of the author and do not necessarily reflect those of this website or its editors.