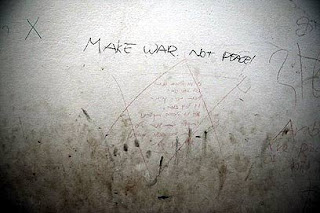 On March 19th, two months after the 22-day devastation of Gaza and the slaughtering of over 1,400 Palestinians, the Israeli daily newspaper Ha'aretz published harrowing testimonies by numerous Israeli soldiers who had participated in "Operation Cast Lead." The soldiers, all recent graduates of the Yitzhak Rabin pre-military preparatory program, were speaking at an open academic forum about their recent military experiences and, as Sarah Anne Minkin of Jewish Peace News reports, "confessed that they'd knowingly shot civilians to death in Gaza, that they'd intentionally vandalized Palestinian homes, and that the rules of engagement in the war - rules handed down from above - were exceptionally permissive."

In response to these testimonies, the Israeli military denied the claims made by their own personnel, stating that even if some of the allegations and anecdotes were true (since the troops had "no reason to lie"), they were isolated incidents and did not represent the IDF as a whole. Nonetheless, the IDF promised to conduct "intensive and comprehensive inquiries" and an investigation was launched.

Eleven days later, on March 30th - half the time it took the Israeli air force, navy, and army to murder 313 children, 116 women, 497 civilian men, and 255 non-combatant police officers, wound over 6,000 more, and leave tens of thousands homeless - the Israeli military concluded that the soldiers' stories of gross misconduct and war crimes were baseless, that they were "based in hearsay" and "rumors," and declared an end to the probe. Even though the pre-military program's own founder and leader, Danny Zamir, who is himself a deputy battalion commander in the IDF, described the soldiers' testimonies as "dismaying and depressing" and concluded that the stories reveal the truth about "an army with very low norms of value," the IDF investigators disagreed. Luckily for the IDF, the "investigation" by the IDF found that the IDF was still, in fact, according to the IDF, "the most moral army in the world." What a relief that must have been.

Apparently, the claims of intentionally targeting Palestinian civilians, of shooting women and children, of the wanton destruction of civilian infrastructure and personal property, even if they are true, are only, we are told, the misguided actions of a few bad apples.

In fact, we are told that, in Israel, any evidence of military or political misconduct, human rights or international law violations, or racism and oppression are mere aberrations from normality, simple - however troubling - deviations from the peace-loving, ethnically tolerant, democratically representative mainstream. We are told not to judge an entire society by the misdeeds of some bad apples. These bad apples don't represent the whole Israeli orchard, which, we are told, thrives on justice and equality. (The fact that the Israeli orchard was planted atop a bulldozed Palestinian orchard is, we are told, irrelevant. Even broaching such a topic is anti-Semitic...we are told.)

We are told that the Jewish Rabbinate distributed books and pamphlets, indoctrinating Israeli troops headed for Gaza with claims that they are holy warriors fighting to expel the Palestinians (collectively called "murderers") who are "interfering with our conquest of this holy land." The rabbis preach that there is a "a biblical ban on surrendering a single millimeter" of Israel to non-Jews and the literature they hand out states that "when you show mercy to a cruel enemy, you are being cruel to pure and honest soldiers. This is terribly immoral." We are told that these rabid rabbis are just a handful of overzealous, extremist apples.

Even though in the first nine hours of the recent Gaza assault
the Israeli Air Force dropped over 100 tons of bombs on one of the most densely populated areas on Earth - an area blockaded to ensure that no one penned up inside could escape Israeli missiles, shells, and bullets, we are told that the atrocities that occurred in Gaza must have been perpetrated by a few bad apples.

In three weeks of devastating bombings and ground assaults, the Israeli military destroyed over 4,100 homes, 25 schools and hospitals, two bridges, 1500 factories and shops, and numerous government offices and buildings in Gaza. Ten water and sewage arteries, ten electricity-generating stations, and 80% of all agricultural properties, including all farms and crops, were also destroyed. Damages to Palestinian infrastructure exceeds $2 billion. Who is being held responsible for this destruction? Is it the Israeli government that authorized the operation, the military brass that planned and ordered the attacks, or the pilots, sailors, and soldiers that carried them out? We are told that the bad apples of Hamas are to blame.

We are told that "for the most part, someone who belongs to Hamas' civilian welfare organizations is treated the same way as a member of its military wing" and is a legitimate target as dictated by Shin Bet, Israel's internal security force. We are told that many of the Israeli attacks on Gaza were carried out via remote control. An Israeli reservist is quoted as saying, "It feels like hunting season has begun...Sometimes it reminds me of a Play Station game. You hear cheers in the war room after you see on the screens that the missile hit a target, as if it were a soccer game." Have we lost count of bad apples yet?

We are told that Parash Hill, near Sderot, with views across lush green fields to Gaza City with the Mediterranean Sea beyond, was full of Israeli sightseers during the Gaza assault. They came with their families, binoculars, cameras with zoom lenses, and picnic baskets to watch Israeli F-16s, Apache helicopters, and unmanned drones fire missiles into residential neighborhoods, destroying buildings and slaughtering their terrified inhabitants. They gather on this "Hill of Shame" to view the carnage in the distance, celebrating the death and destruction, justifying the killing of children by saying, "When they grow up they'll also probably be terrorists." These Israelis, for whom watching genocidal air raids is a spectator sport, must be bad apples.

The Israeli military used banned and experimental weaponry such as white phosphorous and Dense Inert Metal Explosives (DIME) in heavily-populated civilian neighborhoods of Gaza. These weapons cause severe burns, dismemberment and mutilation to their victims. Numerous other atrocities have been well documented by Israeli and international organizations, such as Human Rights Watch, Amnesty International, the National Lawyers Guild, and B'Tselem. We are told that the perpetrators of such blatant war crimes must surely be bad apples, but for some reason the International Criminal Court has yet to charge anyone for misconduct.

The Israeli army used flechettes, which are "anti-personnel weapons designed to penetrate dense vegetation...4cm long metal darts that are sharply pointed at the front, with four fins at the rear. Between 5,000 and 8,000 are packed into 120mm shells which are generally fired from tanks." Wafa' Nabil Abu Jarad, a 21-year-old pregnant mother of two, was killed by flechettes in Gaza. Who would fire such heavy weaponry at a civilian? Probably just another bad apple. 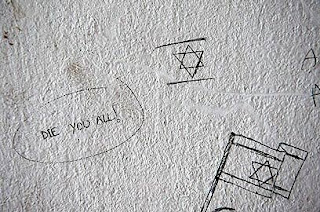 Testimonies from Israeli soldiers reveal that it was common practice to storm an apartment building in Gaza and open fire upon anything that moved. Women and children waving white flags were gunned down. Soldiers "break down doors of houses for no reason other than it's cool," take over homes, write "Death to Arabs" on the walls, spit on family pictures, urinate on piles of the residents' clothing, smear sh*t on the walls, and receive orders to "clean out the whole house. We threw everything, everything, out of the windows to make room. The entire contents of the house went flying out the windows." Palestinians who try to run away must be terrorists, just as those who stay where they are must be terrorists. The pilot who makes a minor mistake like bombing a school and killing 40 Palestinian children is forgiven while the Israeli squad commander who says, "That's what is so nice, supposedly, about Gaza: You see a person on a road, walking along a path. He doesn't have to be with a weapon, you don't have to identify him with anything and you can just shoot him. With us it was an old woman, on whom I didn't see any weapon. The order was to take the person out, that woman, the moment you see her...I simply felt it was murder in cold blood" is yet another bad apple.

Nima Shirazi is a writer and a musician. He is a contributing commentator for Foreign Policy Journal and Palestine Think Tank. His analysis of United States policy and Middle East issues, particularly with reference to current events in Iran, Israel and Palestine, can be (more...)
Related Topic(s): Atrocities; Gaza; Israel; Israelis, Add Tags
Add to My Group(s)
Go To Commenting
The views expressed herein are the sole responsibility of the author and do not necessarily reflect those of this website or its editors.