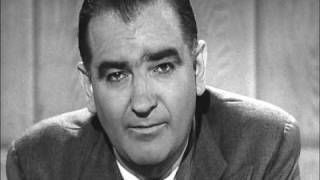 There's a virus infecting our politics and right now it's flourishing with a scarlet heat. It feeds on fear, paranoia and bigotry. All that was required for it to spread was a timely opportunity -- and an opportunist with no scruples.

There have been stretches of history when this virus lay dormant. Sometimes it would flare up here and there, then fade away after a brief but fierce burst of fever. At other moments, it has spread with the speed of a firestorm, a pandemic consuming everything in its path, sucking away the oxygen of democracy and freedom.

Today its carrier is Donald Trump, but others came before him: narcissistic demagogues who lie and distort in pursuit of power and self-promotion. Bullies all, swaggering across the landscape with fistfuls of false promises, smears, innuendo and hatred for others, spite and spittle for anyone of a different race, faith, gender or nationality.

In America, the virus has taken many forms: "Pitchfork Ben" Tillman, the South Carolina governor and senator who led vigilante terror attacks with a gang called the Red Shirts and praised the efficiency of lynch mobs; radio's charismatic Father Charles Coughlin, the anti-Semitic, pro-Fascist Catholic priest who reached an audience of up to 30 million with his attacks on Franklin Delano Roosevelt and the New Deal; Mississippi's Theodore Bilbo, a member of the Ku Klux Klan who vilified ethnic minorities and deplored the "mongrelization" of the white race; Louisiana's corrupt and dictatorial Huey Long, who promised to make "Every Man a King." And of course, George Wallace, the governor of Alabama and four-time presidential candidate who vowed, "Segregation now, segregation tomorrow, segregation forever."

Note that many of these men leavened their gospel of hate and their lust for power with populism -- giving the people hospitals, schools and highways. Father Coughlin spoke up for organized labor. Both he and Huey Long campaigned for the redistribution of wealth. Tillman even sponsored the first national campaign-finance reform law, the Tillman Act, in 1907, banning corporate contributions to federal candidates.

But their populism was tinged with poison -- a pernicious nativism that called for building walls to keep out people and ideas they didn't like.

Which brings us back to Trump and the hotheaded, ego-swollen provocateur he most resembles: Joseph McCarthy, U.S. senator from Wisconsin -- until now perhaps our most destructive demagogue. In the 1950s, this madman terrorized and divided the nation with false or grossly exaggerated tales of treason and subversion -- stirring the witches' brew of anti-Communist hysteria with lies and manufactured accusations that ruined innocent people and their families.

"I have here in my hand a list," he would claim -- a list of supposed Reds in the State Department or the military. No one knew whose names were there, nor would he say, but it was enough to shatter lives and careers.

In the end, McCarthy was brought down. A brave journalist called him out on the same television airwaves that helped the senator become a powerful, national sensation. It was Edward R. Murrow, and at the end of an episode exposing McCarthy on his CBS series See It Now, Murrow said:

"It is necessary to investigate before legislating, but the line between investigating and persecuting is a very fine one, and the junior senator from Wisconsin has stepped over it repeatedly. His primary achievement has been in confusing the public mind, as between the internal and the external threats of Communism.

"We must not confuse dissent with disloyalty. We must remember always that accusation is not proof and that conviction depends upon evidence and due process of law. We will not walk in fear, one of another. We will not be driven by fear into an age of unreason, if we dig deep in our history and our doctrine, and remember that we are not descended from fearful men -- not from men who feared to write, to speak, to associate and to defend causes that were, for the moment, unpopular."

There also was the brave and moral lawyer Joseph Welch, acting as chief counsel to the U.S. Army after it was targeted for one of McCarthy's inquisitions. When McCarthy smeared one of his young associates, Welch responded in full view of the TV and newsreel cameras during hearings in the Senate.

Related Topic(s): Donald Trump; Donald Trump Lies; Republican; Treason, Add Tags
Add to My Group(s)
Go To Commenting
The views expressed herein are the sole responsibility of the author and do not necessarily reflect those of this website or its editors.