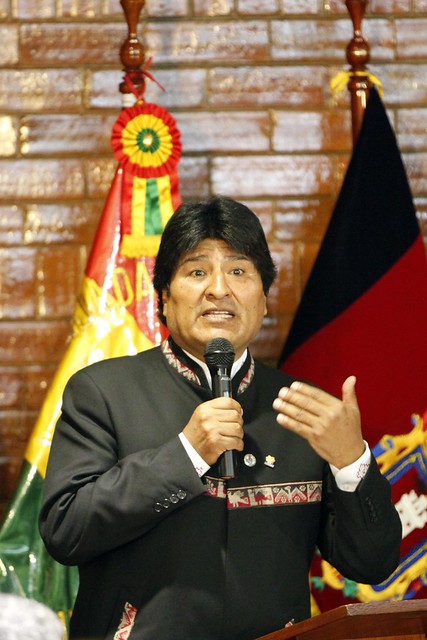 Sisters and brothers of the International Organizations and all the peoples of the world:

Once again we meet in the most important multilateral organization of humanity, to reflect and analyze collectively on the global problems that concern the peoples of the world.

We note with concern the deterioration of the multilateral system, product of unilateral measures promoted by some states which have decided to ignore the commitments, good faith and global structures built for a healthy coexistence between states, within the framework of international law and the basic principles of the Charter of the United Nations.

We meet in this forum to discuss and find solutions to the serious threats facing humanity and life on the planet.

The Threat to Mother Earth

Our house, Mother Earth, is our only home and is irreplaceable. It increasingly suffers more fires, more floods, hurricanes, earthquakes, droughts and other catastrophes.

Each year is hotter than the previous one, the thaws are greater, the level of the oceans grows. Every day we suffer the disappearance of species, soil erosion, desertification and deforestation.

Sisters and brothers, we are warned that if we follow this course of action, by the year 2100 we will reach an increase of 3 degrees Celsius. That would imply massive and devastating changes.

The consequences of climate change will condemn, according to data from our organization [the United Nations], millions of people to poverty, hunger, no potable water, losing their homes, forced displacement, more refugee crises and new armed conflicts.

Sisters and brothers, in recent weeks we have been surprised by the forest fires that have been unleashed in different parts of the planet: in the Amazon, in Oceania and Africa, affecting flora, fauna and biodiversity.

President of Bolivia, respected for his advocacy of indigenous rights and standing up to the USA on numerous issues.
Related Topic(s): Billionaires; Capitalism; Oligarchy, Add Tags
Add to My Group(s)
Go To Commenting
The views expressed herein are the sole responsibility of the author and do not necessarily reflect those of this website or its editors.

Evo Morales to European Heads of State: I, too, can demand repayment

The Root Problem is the Capitalist System