Slashing and burning in every direction, this legislation endangers the financial security of regular Americans of every age and every occupation. 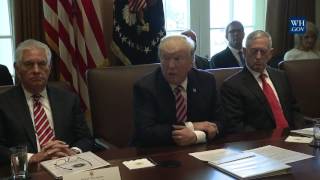 Have the Republican greed-hound toadies gone too far? How much are the American people going to take before they replace the reckless Republicans in the next election? Low and middle-income Americans are bracing for the likely passage of a Trump-supported tax bill that deviously redistributes even more of the people's income to the richest one percent (including a big tax cut for Trump) and the unpatriotic giant corporations.

Greased through Congress with the support of Republican mega-donors, over the inept opposition of the Democrats who astonishingly offered no tax plan of their own, this tax legislation does exactly the opposite of what House Speaker Paul Ryan, Senate Majority Leader Mitch McConnell and their prevaricator-in-chief, Donald Trump, are declaring.

Namely, this utterly complex brew of greed and handouts for the super-rich gives a gut punch to the masses, including people making below $30,000. Far from a tax cut the Republicans are trying to Peddle to the people, the Senate bill is projected to add $1.5 trillion to the deficit over 10 years to pay for the huge tax cuts enriching the corporate plutocrats who are laughing all the way to the bank. Such unsustainable losses in revenue sets the stage for cutting Medicare, Medicaid and other critical services to vulnerable Americans, with Republicans using the ballooning deficit they created as their excuse.

Slashing and burning in every direction, this legislation endangers the financial security of regular Americans of every age, every occupation and, by ending many deductions for local sales and income taxes, hurting state and local budgets.

Ryan and McConnell undermined the integrity of the legislative process by banning public hearings on this tax legislation in the House and Senate. In doing so, they denied the American people, including honest tax experts, the opportunity to adequately examine these dangerous proposals, especially the huge giveaways to multinational corporations at the expense of working class families. No Congress has ever gone this far. If this shameless lack of transparency proves successful, Congressional Republicans will succeed in driving Capitol Hill further under the dictatorship of the oligarchs, using the people's delegated power against them.

To make matters worse, Senate Republicans prevented their Democratic colleagues from even seeing clean portions of the bill until just before the final vote at 1:25 am on Saturday, December 2. When faced with such hyper-partisan foul play, the Democrats should have shut the Senate down with a sit-in until they were given a reasonable amount of time to read this raid on the regular taxpayers, before the final vote.

Here are some malicious items from the House and Senate bills:

Related Topic(s): Deception; Inequality; Republican Tax Plan; Taxpayers, Add Tags
Add to My Group(s)
Go To Commenting
The views expressed herein are the sole responsibility of the author and do not necessarily reflect those of this website or its editors.