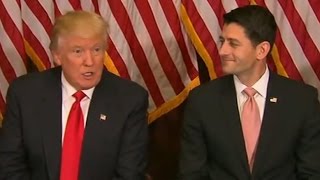 The Republican leadership has outsourced its economic agenda to a handful of billionaires and corporate donors. From attempting to kick millions off of health insurance to rolling back rules protecting worker health and safety, Senate Majority Leader Mitch McConnell (R-Ky.) and House Speaker Paul D. Ryan (R-Wis.) have relentlessly pursued their donors' interests at the expense of working families. The Republican tax plan unveiled Thursday is the latest example.

American families are already on the ropes. Booming corporate profits have not translated to higher wages for workers. The result is a middle-class squeeze: Most workers barely make more than what they did 30 years ago, while the costs of necessities such as housing, transportation, health care and education have risen sharply. If Congress tackled the middle-class squeeze head-on, it could provide more financial security for America's families and produce faster economic growth.

But the Republican Party's rich donors want tax giveaways, and the party is happy to oblige. According to estimates based on the original outline of the Republican tax plan, it showers $2.5 trillion on big corporations. Fewer than 10 years after sparking a devastating financial crisis and receiving billions of dollars in taxpayer bailouts, big banks would reap billions from the Republican plan. Wells Fargo is projected to receive a bigger tax handout than any other U.S. company.

Wealthy foreign investors also win big. By slashing the corporate tax rate, the Republican plan could put as much as $700 billion in the pockets of the foreign investors who now hold nearly 35 percent of the stock in U.S. companies. Is that what President Trump means by America first?

Related Topic(s): Corporations; Republican GOP Dirty Tricks; Republican Party Budget Cuts; Republican Tax Plan, Add Tags
Add to My Group(s)
Go To Commenting
The views expressed herein are the sole responsibility of the author and do not necessarily reflect those of this website or its editors.