The GOP won't even have a Senate candidate on the ballot in the nation's largest state. 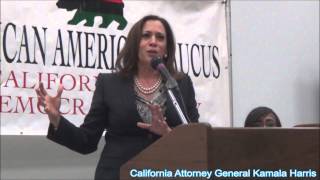 Fifty years ago, California was a reasonably Republican state -- with a Republican named Reagan on his way to being elected governor, two Republican senators representing the state in Washington, and the pieces in place to back the GOP nominees in the next six presidential elections. Republicans did not always win California, but they had the upper hand. From 1952 to 1988, only one Democratic presidential candidate won the state -- and that was Lyndon Johnson, in the Democratic landslide year of 1964.

As recently as 1988, Californians voted for Republican George H.W. Bush for president and Republican Pete Wilson for the US Senate. But that was the end of it. California has not voted for a Republican for the presidency or for the Senate since that year.

This year, the California GOP looks to be headed for disaster in the presidential race, with some recent polls showing Donald Trump gaining less than one-third of the vote. And that's not the worst of it. The GOP won't even have a Senate candidate on the ballot.

In a year when control of the Senate hangs in the balance -- a year in which both parties are competing feverishly for every advantage -- California's seat is up for grabs. Senator Barbara Boxer, a Democrat who was first elected to the Senate in 1992, is retiring.

But instead of a contest between a Democrat and a Republican in the state that once saw some of the most intensely partisan and politically engaged Senate races in the country, the fight to fill Boxer's seat will be between two Democrats.

Under California's nonpartisan "blanket primary" law, which was enacted by the voters in 2010, Tuesday's Senate primary ballot featured all the candidates on one list. Democrats, Republicans, and several dozen third-party and independent candidates competed against one another in a race where only the top two finishers could earn a place on the November ballot.

Related Topic(s): California Politics; California Primary 2016; Party Politics Republican, Add Tags
Add to My Group(s)
Go To Commenting
The views expressed herein are the sole responsibility of the author and do not necessarily reflect those of this website or its editors.