Trump and the Republicans have staked their political futures on a big lie that they're banking on voters not to check. 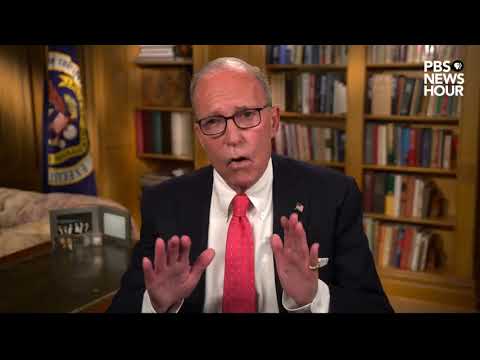 Donald Trump is a persistent liar. But some of his lies are bigger than others, and the biggest of them all is the one he repeated at the opening of this week's Republican National Convention.

Over disembodied mumbles of "four more years," the president served up a heaping helping of xenophobia and economic nonsense as he claimed that he was presiding over an "historic" economic recovery before the coronavirus pandemic messed everything up.

"We have to win. Our country is counting on it. This is the biggest, this is it," Trump said of the race he's been nominated to run against former vice president Joe Biden.

"Our country can go in a horrible, horrible direction or in an even greater direction -- and before the plague came in from China, that's where we were going. We were going in a direction like we had never seen -- the most successful economy in the history of our country, the best unemployment numbers in history, for African American, Asian American, Hispanic American, women, college students. Bad students, good students, everybody. If you had a diploma if you didn't have a diploma, it didn't matter -- you were doing well, everybody was doing well."

"The most successful economy in the history of our country"? No. It wasn't that before the pandemic, and it isn't that now. Not even close.

Yet Trump is spreading the lie. And speaker after speaker at this convoluted sometimes in-person, sometimes virtual convention is amplifying it.

The big lie is so vital to the president's reelection run that Larry Kudlow, the director of the United States National Economic Council, was dispatched to open the second night of the convention with false claims that Trump inherited a "stagnant economy" and that the "economy was rebuilt in three years."

Related Topic(s): Coronavirus; Economics; Jobs; Ponzi Scheme; Republican; Republican Con; Republican GOP Dirty Tricks; Republican Hypocrisy; Trump, Add Tags
Add to My Group(s)
Go To Commenting
The views expressed herein are the sole responsibility of the author and do not necessarily reflect those of this website or its editors.