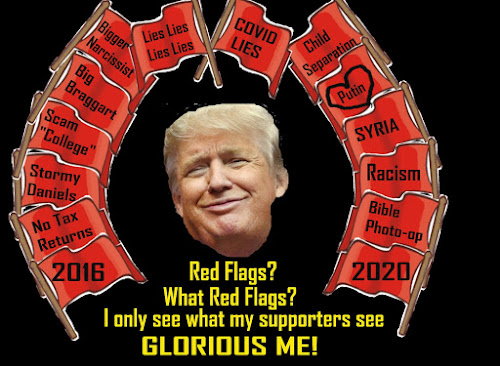 "Now I can be really vicious," he said to roars of approval from the crowd of Trump supporters in Minden - CNN

After the infamous Atlantic article came out noting Trump's disparaging of soldiers and veterans, a poll was conducted which succinctly showed the attitude of Trump supporters toward all of his administration's red flags.

"Now I can be really vicious " met with roars of approval, creating a powder keg for violence. Of course, he doesn't have to directly promote violence because his words and actions promote it. The storming of Idaho's state capital by mask-less protesters, the violence against mask requests, the fact that NFL fans booed a Moment Of Silence For Racial Equality demonstrate not only Trump's great divisiveness, but just how angry his own fans are.

A Voice Turned Into A Vicious Growl By The Uneducated

"I love the uneducated!"

To many, for the first time in their lives, Trump's followers see themselves as part of a movement, a religion if you will. And like much of organized religion, it thrives on ignorance, low self esteem, and a (relatively) lower IQ. 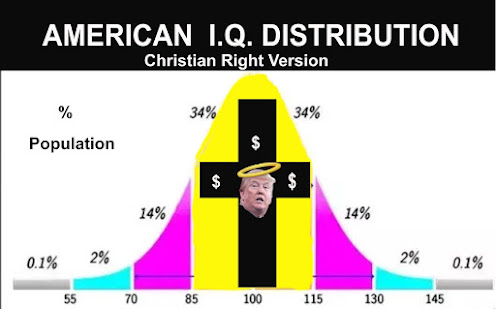 "He loves the uneducated!" "He loves US!" "We finally have a voice!" and "We'll show those elitists, those liberals how powerful we are!" have become chants/hymns in the church of The Chosen One.

Rev. Dan Vojir is has been writing/blogging on religion and politics for the better part of ten years. A former radio talk show host (Strictly Books €" Talk America Radio Network) and book publisher, Dan has connected with some of the most (more...)
Related Topic(s): Bible; Cult; Donald Trump Supporters; Evangelical; Masks; Michael Cohen; Red Flags Of Trump; Religion; Suckers And Losers; Trump Cult; (more...) Trump Re-election; Trump The Con Man, Add Tags  (less...)
Add to My Group(s)
Go To Commenting
The views expressed herein are the sole responsibility of the author and do not necessarily reflect those of this website or its editors.