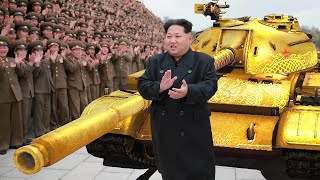 To understand the United States' stratagem in the Pacific, and against North Korea in particular, one has to understand the fundamental changes that are underway in that region. China's clout as an Asian superpower and as a global economic powerhouse has been growing at a rapid speed. The US' belated "pivot to Asia" to counter China's rise has been, thus far, quite ineffectual.

The angry diplomacy of President Donald Trump is Washington's way to scare off North Korea's traditional ally, China, and disrupt what has been, till now, quite a smooth Chinese economic, political and military ascendency in Asia that has pushed against US regional influence, especially in the East and South China Seas.

Despite the fact that China has reevaluated its once strong ties with North Korea, in recent years, it views with great alarm any military build-up by the US and its allies. A stronger US military in that region will be a direct challenge to China's inevitable trade and political hegemony.

The US understands that its share of the world's economic pie chart is constantly being reduced, and that China is gaining ground, and fast.

The United States' economy is the world's largest, but not for long. Statistics show that China is blazing the trail and will, by 2030 -- or even sooner -- win the coveted spot. In fact, according to an International Monetary Fund report in 2014, China is already the world's largest economy when the method of measurement is adjusted by purchasing power.

This is not an anomaly and is not reversible, at least any time soon.

The growth rate of the US economy over the past 30 years has averaged 2.4 percent, while China soared at 9.3 percent.

Citing these numbers, Paul Ormerod, an economist and a visiting professor at University College, London, argued in a recent article that "if we project these rates forward, the Chinese economy will be as big as the American by 2024. By 2037, it will be more than twice the size."

It is no wonder why Trump obsessively referenced "China" in his many campaigning speeches prior to his election to the White House, and why he continues to blame China for North Korea's nuclear weapons program to this day.

As a business mogul, Trump understands how real power works, and that his country's nuclear arsenal, estimated at nearly 7,000 nuclear weapons, is simply not enough to reverse his country's economic misfortunes.

In fact, China's nuclear arsenal is quite miniscule compared to the US. Military power alone is not a sufficient measurement of actual power that can be translated into economic stability, sustainable wealth and financial security of a nation.

It is ironic that, while the US threatens to "totally destroy North Korea," it is the Chinese government that is using sensible language, calling for de-escalation and citing international law. Not only did fortunes change, but roles as well. China, which for many years was depicted as a rogue state, now seems like the cornerstone of stability in Asia.

In an article in the Washington Post, Carter, 93, called for immediate and direct diplomatic engagement with North Korea that involves China as well.

Related Topic(s): China Politics; Kim Jong Un; Korean War; North Korea; Trump Cruelty; Trump Ego; Weapons, Add Tags
Add to My Group(s)
Go To Commenting
The views expressed herein are the sole responsibility of the author and do not necessarily reflect those of this website or its editors.