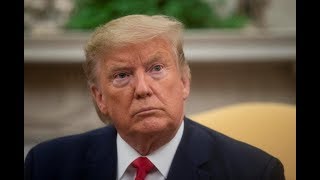 An impeached president who is up for re-election will this week deliver a State of the Union address to the most divided union in living memory.

Part of the answer is Trump himself. The Great Divider knows how to pit native-born Americans against immigrants, the working class against the poor, whites against blacks and Latinos, evangelicals against secularists, keeping almost everyone stirred up by vilifying, disparaging, denouncing, defaming and accusing others of the worst. Trump thrives off disruption and division.

But that begs the question of why we have been so ready to be divided by Trump. The answer derives in large part from what has happened to wealth and power.

In the fall of 2015, I visited Michigan, Wisconsin, Ohio, Pennsylvania, Kentucky, Missouri and North Carolina, for a research project on the changing nature of work. I spoke with many of the people I had met 20 years before when I was secretary of labor, as well as with some of their grown children.

What I heard surprised me. Twenty years before, many said they'd been working hard and were frustrated they weren't doing better. Now they were angry angry at their employers, the government, Wall Street.

Many had lost jobs, savings, or homes in the Great Recession following the financial crisis of 2008, or knew others who had. Most were back in jobs but the jobs paid no more than they had two decades before, in terms of purchasing power.

I heard the term "rigged system" so often I began asking people what they meant. They spoke about flat wages, shrinking benefits, growing job insecurity. They talked about the bailout of Wall Street, political payoffs, insider deals, soaring CEO pay, and "crony capitalism."

These complaints came from people who identified themselves as Republicans, Democrats and independents. A few had joined the Tea Party. A few had briefly been involved in the Occupy movement.

With the 2016 political primaries looming, I asked which candidates they found most attractive. At the time, the leaders of the Democratic party favored Hillary Clinton and Republican leaders favored Jeb Bush. Yet no one I spoke with mentioned Clinton or Bush.

They talked instead about Bernie Sanders and Donald Trump. When I asked why, they said Sanders or Trump would "shake things up" or "make the system work again" or "stop the corruption" or "end the rigging."

Something very big had happened, and it wasn't due to Sanders' magnetism or Trump's likeability. It was a rebellion against the establishment. That rebellion is still going on, although much of the establishment still denies it. They prefer to attribute Trump's rise solely to racism.

Racism did play a part. But to understand why racism had such a strong impact in 2016, especially on the voting of whites without college degrees, it's important to see what drove it. After all, racism in America dates back long before the founding of the Republic, and even modern American politicians have had few compunctions about using racism to boost their standing.

What gave Trump's racism as well as his hateful xenophobia, misogyny and jingoism particular virulence was his capacity to channel the intensifying anger of the white working class into it. It is hardly the first time in history that a demagogue has used scapegoats to deflect public attention from the real causes of distress.

Related Topic(s): America; American Facism; Americans For Responsible Leadership; Jobs; Racism; Reality, Add Tags
Add to My Group(s)
Go To Commenting
The views expressed herein are the sole responsibility of the author and do not necessarily reflect those of this website or its editors.