In the wake of an over-hyped news story, it's worth looking at the real work of the nonprofit. 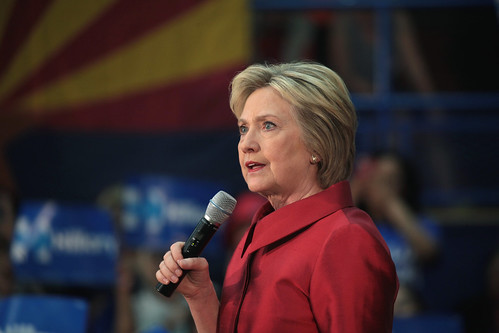 Another Hillary Clinton shitstorm was kicked up when the Associated Press reported on Tuesday that during the Democratic presidential nominee's tenure as secretary of state, she met several dozen times with donors to the Clinton Foundation. Hot damn, the Trumpsters declared, here's evidence of the corrupt, pay-to-play ways of the Clinton mob. Donald Trump called for the foundation to be shut down. Rudy Giuliani could defend his accusation that the Clinton Foundation was "racketeering," a harsh legal term with which the former prosecutor must be familiar. And media commentators, including the Washington Post's Chris Cillizza, proclaimed this revelation a blow to Clinton, fixating on the supposedly awful optics.

Most of the reaction was overreaction. The article contained no real allegations -- let alone evidence -- of any corruption or breach of ethics. Most of the meetings cited were the sort of one-on-ones a secretary of state could be expected to hold, whether or not the person in the room with Clinton was a donor to the foundation. The story dwelled on a meeting she had with Nobel Prize winner and foundation donor Muhammad Yunus, a pioneer in micro-lending Clinton has known for 30 years. In one instance, the article cited a meeting Clinton held with the head of an AIDS foundation, which was developing projects in Africa with the State Department. And OMG -- this foundation also gave to the Clinton Foundation, which has long been involved in the global fight against AIDS.

There may have been a need for a better firewall between Clinton and the foundation when Clinton was the nation's top diplomat, but the AP article focused on a small issue and skipped a bigger subject: assessing what the Clinton Foundation has accomplished. And there may be a good reason why much of the coverage of the foundation has zeroed in on side matters, because it's darn hard to evaluate what the mega-nonprofit has done.

David Corn is  Mother Jones ' Washington bureau chief. For more of his stories,  click here . He's also  on  Twitter  and  Facebook .  RSS  |  TWITTER  David is (more...)
Related Topic(s): Clinton Foundation; Donors; Ethics; Hillary Clinton, Add Tags
Add to My Group(s)
Go To Commenting
The views expressed herein are the sole responsibility of the author and do not necessarily reflect those of this website or its editors.