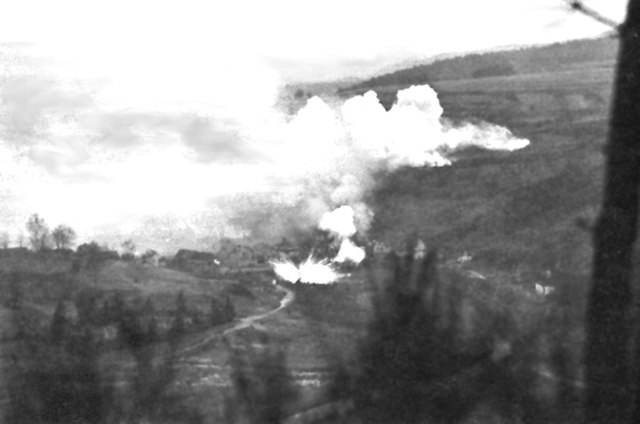 The New York Times reports that US and/or US-allied forces in Syria may be using white phosphorous munitions in the assault on Raqqa, capital city of the Islamic State in Syria. The use of white phosphorous in war is a perennial complaint among human rights activists. And while it's valid as far as it goes, it misses a larger and more important point.

White phosphorous -- nicknamed "Willie Pete" by the US mortar, artillery and air forces who use it -- produces highly visible plumes of white smoke, justifying its use to mark targets or screen movements.

It's also highly incendiary. It sets things on fire, it causes terrible burns, and it can't be put out with water (it must be smothered and deprived of oxygen). For that reason, international law prohibits its use "on personnel" and in populated areas.

When I worked with 81mm mortars in the US Marine Corps, those restrictions were treated jokingly. Sure, we couldn't use Willie Pete on personnel, but we could use it on equipment. Rifles, rucksacks and helmets are equipment, right? If someone happens to be wearing or carrying that equipment, that's THEIR problem, right? One of our favorite training missions involved firing white phosphorous rounds, theoretically to "mark the target," followed by high explosive rounds. That kind of mission was nicknamed "shake and bake."

I'm glad that I was never called upon to fire white phosphorous at other human beings in combat (I was, for all intents and purposes, a rifleman during the Gulf War). But when tremble in retrospect at that possibility, it occurs to me that the focus on a particular munition doesn't do justice to the problem of war crimes as such.

In war, people die. While there are better and worse ways to do so, it seems to me that we should be less worried about how people die than about which people die and why.

The problem with bombarding Raqqa, or any other populated area, isn't that it's being done with white phosphorous, it's that it's being done at all. In addition to Islamic State combatants -- fair game, so to speak -- the area is full of civilian non-combatants. Killing them is a crime whether it's done with white phosphorous, sarin gas or just plain vanilla bullets and artillery shrapnel.

Of course, we're frequently and piously informed that innocent civilians killed by US or US-allied forces are accidental "collateral damage" or even "human shields." The US Department of Defense always thoroughly investigates such killings and always ends up absolving US troops of responsibility. It's only a crime to kill non-combatants if "the enemy" can be blamed for the killing, and -- mirabile dictu! -- that always turns out to be the case.

But in reality, when you pull a trigger and send a round of any kind downrange, you are responsible for where it lands and who it kills. Until and unless US forces accept that military responsibility, it's our civic responsibility to treat them as the war criminals they are.

Related Topic(s): War Crimes, Add Tags
Add to My Group(s)
Go To Commenting
The views expressed herein are the sole responsibility of the author and do not necessarily reflect those of this website or its editors.