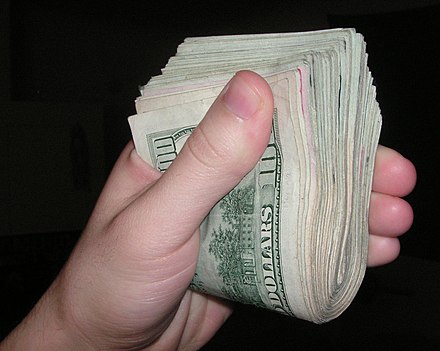 The source material for the report is an alleged "vast cache of IRS information" which may have been illegally leaked. A spokesperson for the US Treasury says that angle has been referred to the FBI, federal prosecutors, and other investigative bodies. And the title was clearly crafted to get our outrage gears turning.

But digging into the details, the promised revelation is ... well, kind of boring. How do the wealthiest Americans "avoid" income tax? By not having "income."

Yes, really. Words mean things, and the IRS spills a lot of ink defining those things.

How much ink? As of 2017, according to PolitiFact, the Internal Revenue Code was 6,550 pages long -- not including (Politifact cites the Tax Foundation) 6.6 million words of additional IRS regulations and 60,000 pages of case law.

And, as it turns out, most of the most wealthy's wealth isn't "income" according to the IRS's definitions.

I'll use Jeff Bezos as the example, because everybody does, right?

You've probably seen the headlines after a big stock move: "Bezos's wealth increases by $4 billion" and so forth.

The obvious way of visualizing this headline is that a truck full of $100 bills pulled up to Bezos's house and a crew carted those bills to the room where Bezos likes to roll around in money a la Scrooge McDuck.

What really happened is that the prospective sale value of stock that Bezos owns went up. Until and unless he actually sells that stock, he hasn't made a dime. If he does sell that stock for more than it was worth when he got it, he'll get hit for capital gains taxes of up to 20% on the price difference. Which is nowhere near the top income tax rate of 37% ... but Jeff Bezos didn't write the tax code, did he?

As a libertarian, I'd prefer to do away with taxes altogether. If the Navy wants a new aircraft carrier, let it hold a bake sale, or maybe send the Marines out to knock on doors and sell subscriptions to Rolling Stone to raise the money.

But if we're going to have taxes, it's kind of silly to blame people who pay what the tax code says they have to pay, rather than more, just because the amount paid doesn't seem like "enough."

Related Topic(s): Propublica; Taxes, Add Tags
Add to My Group(s)
Go To Commenting
The views expressed herein are the sole responsibility of the author and do not necessarily reflect those of this website or its editors.