What is the cost or benefit of attacking Iran to the average American? There should be an international debate about this but it won't occur because the media is controlled by lobby groups and is biased.

This is not a new issue. The Israelis have been complaining about "imminent" Iranian nukes since 1980s, and they are still at it. Not only that, but these people have the nerve to say, "Iran lied". Seriously, even by Israeli standards, that is not true. There is also debate about how much influence Israel via AIPAC has on USA politics. Professors John Mearsheimer and Stephen Walt wrote about this in "The Israel Lobby and US Foreign Policy" (2007). It's worth noting that this lobbying force includes not just Israel and Jewish Americans but also a large number of American Christians who also support Israel for religious reasons. The Military Industrial Complex also plays a role. And then there are wealthy donors to USA presidential campaigns like Sheldon Adelson.

The first attack on Iran (that goes beyond attacks on its forces in Syria( will cause both Iran and its allies to respond with missile attacks. These attacks will cause destruction, chaos, and deaths; they will impact mostly civilians which will force both sides to stop their war. Iran, under attack, will get no help from Russia and will be lucky if Russia doesn't covertly help those attacking it. Doesn't anyone else wonder where Israel gets its Intel reports on what Iran is up to in Syria? Russia's actions are confusing. Consider this: Russia could have completely changed the game back in 2010 by beefing up Iran's air defenses, and yet they have continuously dragged their feet in doing so. Why? So they could have more leverage on Iran?

It is interesting to consider some of the consequences of a War with Iran. First, it will double and maybe triple the world price for oil. If this lasts a year, the world would go into a recession and taxpayers would become angry. Tourism in the region will be affected which is a source of income for many countries including Israel. Saudi Arabia remains unstable, and getting hit with dozens of Iranian missiles and losing most of its oil exports will cause problems for both Saudi Arabia and its Western allies. Oil is certainly one of the reasons why war has yet to occur.

The bigger threat is Israel's failed takeover of Syria. Israel laid claim to 50kms of southern Syria north of the Golan and has used proxies, artillery and airpower to physically take over most of this "Promised Land" as part of the Greater Israel plan justified as a security zone. They probably have plans for new Jewish "settlements" in these areas.

The UN has ignored Israel's attacks on Syria. Too many attacks might result in return of fire into Israel. The western media will engineer new stories such as protecting Syrians from chemical attacks while bombings have killed many Syrians already and displaced millions of them causing refugee problems.

And why should anything be difficult to explain? That's what Fox and BBC televisions are for: to explain things to those who cannot understand the issues on their own. Oil was $20.00 a barrel, it went to $30.00. Then $100. So what is so hard to explain about the consequences of oil at $300.00 or $400.00? Some countries such as Turkey paid ISIS only $10.00 a barrel for two years to purchase stolen Iraqi and Syrian oil. Western countries did not complain. And as for Russia? While Russia sold air defense (S400) to Saudi Arabia and Turkey that backstabs Russia, it is the whining of a hypocrite that Russia has a moral obligation not to deliver S300 defense system to Syria & Iran for help in defending against its aggressors.

Iran has dropped the oil-dollar and China has agreed to buy Iranian oil with yuan. This is a source of problem for Western countries similar to Libya. Western bankers do not tolerate this or similar changes.

There are other issues why Mr. Netanyahu is lying. Israel needs water for its survival. Comparing the Jordan River to its size even 40 years ago, it has become a stream rather than a river. That is one reason Mr. Netanyahu is either not acting rationally or being impatient. Israel has started over 40 wars since its inception. Iran has not attacked any country in the past 300 years while being attacked by Western countries, Russia, and Arabs.

The failure here has been on the international community and the UN to hold all countries accountable for their behavior. That is the real problem. There are countries that have over 200 resolutions against them for mostly human rights violations. Why are they not held accountable?

Using nuclear weapons will be extremely detrimental to the Persian Gulf Arab States which most of them are USA's allies. After all, a border will not stop nuclear contamination; it does not differentiate between friend and foe. What are the spoils of war, who is victor and who is loser, if the whole area is contaminated by radiation's poison?

Interviews of Iranians in January through February (2018) revealed that they are tired of double standards of international laws and orders and illegal Western sanctions. Many in Iran are not afraid of war. They had eight years of resistance against Iraq's aggression (1980-1988) which had the support of many Western and Arab countries for criminal Saddam Hussein. 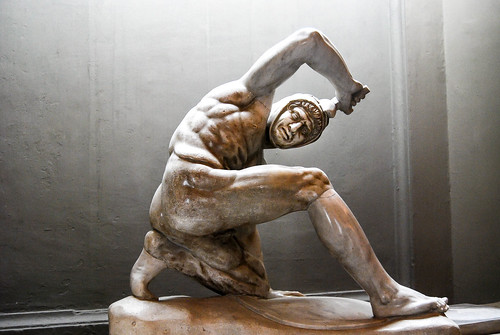 Iran has survived thousands of years of attacks by Romans, Greeks, Arabs and Russians. It has survived because there are many Iranians who have died and who will die to save Iran and its heritage.

We should say no to war on Iran. Say yes to the UN members who can search for a peaceful process to resolve international inequality of arms and lack of enforcement on all countries. IAEA and NPT regulations should not replace rule of force.

Related Topic(s): Iran War, Add Tags
Add to My Group(s)
Go To Commenting
The views expressed herein are the sole responsibility of the author and do not necessarily reflect those of this website or its editors.