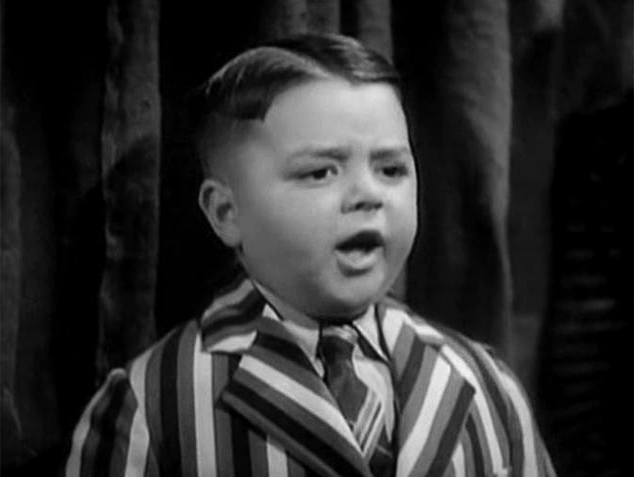 Come on admit it. Somewhere in the back of your mind you saw the Trump Presidency ending with cities in flames and thousands demonstrating in the streets. But who among us could have anticipated the stroll to St. John's Church? The ham handed Spanky and Our Gang performance. "Are you sure this is going to work Alfalfa? Will Darla really think I'm a tough guy?"

Sure, it'll work, she'll think you're the toughest guy ever!

You know what makes America great? The orange one tries to play Dirty Harry and threaten the American people and the numbers in the streets only double. I'd wager that the more he opens his mouth or does cartwheels on the White House lawn the larger the crowds will get. This began in response to the murder of George Floyd and grew to include police murder and police abuse of the public in general. The public is angry and deservedly so. Then comes the orange imbecile flapping his gums in the breeze and the protesters say, "Do you want some too fat boy?"

Unless the orange one learns to shut his pie hole, he should expect some new room-mates at the White House. Get someone to tell them where to park the tanks. In 1932, Washington D.C. played host to 43,000 Bonus Marchers. Veterans from WW1 promised a bonus in 1945. Their point was that they were starving now and couldn't wait another thirteen years. They were entirely peaceful and organized. They were waiting on their elected representatives to negotiate a compromise and on the last day of the Senate calendar Republicans voted the bonus bill down.

Hoover was Presidential and had no direct contact with the marchers. Washington held its breath no one knew what would happen next. Then Hoover followed some bad advice and turned the matter over to the army. The Army moved in and burned their encampment. Smoke filled the streets of the nation's Capital and floating off to heaven on that smoke were the reelection chances of Herbert Hoover. The image of soldiers with bayonets chasing off hungry veterans amid smoke and flames during an economic depression was more than the public would stand.

Could anyone ever get the Cheeto to understand this? Perhaps Marvel could put out a comic book, "Great Presidential Blunders" series. But who would read it to him? All that are left inside the White House now are the servile survivors. Don Jr. retweets a post from White supremacist group posing as Antifa. How dumb can you get? Like Antifa is on Twitter under the name Antifa. And they say he's smart one! Yes, operator I am trying to find the number for a drug dealer. I want to purchase some illegal drugs."

Mitch McConnell blocked a bill of support for nonviolent protesters because that is what lackeys do. "I am the President of law and order." No, you're the President of chaos and disorder and come November you are going to get drubbed so hard that you will slink from office. The Lonesome Rhodes show is over and the not ready for prime crime players will attempt to orchestrate a grand finale. "I know! He could march down Pennsylvania Avenue with and American flag over his shoulders holding two Bibles!"