A Trump campaign suit against The New York Times shows how far he will take attacks on press freedom. 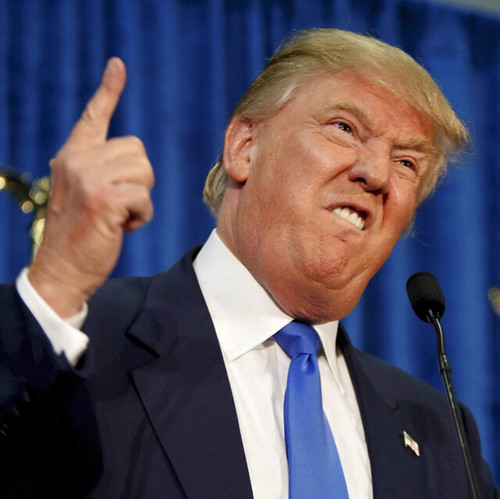 You Ain't No American, Bruv!
(Image by SqueakyMarmot)   Details   DMCA

Donald Trump has gone so over the top with his "enemy of the people" ranting about the free press of the United States that there are those who may imagine he is merely making idle threats.

But the president and his authoritarian cabal upped the ante Wednesday when they lobbed a libel suit at The New York Times.

The lawsuit, which was filed by Trump's campaign in New York State Supreme Court, alleges that what is frequently referred to as the nation's "newspaper of record" defamed the campaign when it published a 2019 opinion piece by former editor Max Frankel under the headline "The Real Trump-Russia Quid Pro Quo."

Frankel's op-ed argued -- as many sincerely believed at the time and many sincerely believe today -- that "there was no need for detailed electoral collusion between the Trump campaign and Vladimir Putin's oligarchy because they had an overarching deal: the quid of help in the campaign against Hillary Clinton for the quo of a new pro-Russian foreign policy, starting with relief from the Obama administration's burdensome economic sanctions. The Trumpites knew about the quid and held out the prospect of the quo."

As the president seeks a new term, however, the Trump camp proposes "to hold the news organization accountable for intentionally publishing false statements."

The response from the Times has been thoughtfully dismissive. "The Trump Campaign has turned to the courts to try to punish an opinion writer for having an opinion they find unacceptable," the paper's statement declared. "Fortunately," it added, "the law protects the right of Americans to express their judgments and conclusions, especially about events of public importance. We look forward to vindicating that right in this case."

This is true. The Constitution established, and the courts have confirmed, that writers and publishers have a right to criticize public figures -- and there is no more public a figure than the president of the United States. As the Authors Guild, the nation's oldest and largest professional organization for writers, has noted, "The ability to criticize the government and its leaders lies at the essence of the First Amendment's protection of free speech; and threats of libel lawsuits are one of the de facto primary means of curtailing free speech in this country today."

Related Topic(s): First Amendment; First Amendment Speech; Freedom; President Trump; Presidential Powers; Rights; Speech, Add Tags
Add to My Group(s)
Go To Commenting
The views expressed herein are the sole responsibility of the author and do not necessarily reflect those of this website or its editors.