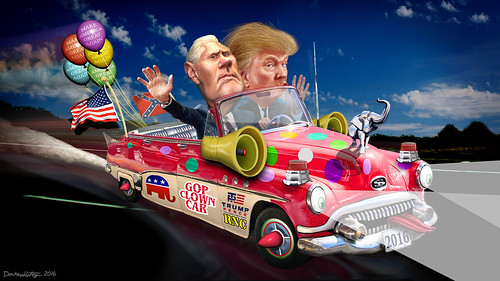 Surprise! The Trump presidency will end sooner than you think.

The demise will begin after the mid-term elections in which the Democrats will bust the Republican Party's monopoly.

December 2-6 will set off a serious of events by which the Trump administration will begin to unravel. At the same time, leaks or actual proceedings in the Mueller investigation may begin to expose some incriminating evidence that will highlight Trump's nefarious dealings, resulting in a classic disconnect by the flaccid Republicans as they turn on Trump, their moneymaker.

Not wanting anything to do with Trump anymore the Republicans will then confer with the Democrats to find the most painless exit from this rather embarrassing moment in American History. As a result, by consensus, they will offer an "agreement" to forgo the blame game and move forward. The Democrats will once again oblige.

However, the complete remedy will be to ask Trump to resign in lieu of impeachment proceedings. Trump will be allowed to use whichever excuse he chooses but the Truth will be obvious.

As for any potential criminal proceedings, barring treason, they may also agree to allow the next president to grant a pardon to Trump for any non-treasonous crimes and the nation will be asked to reset its government and to move forward.

Related Topic(s): 2020 Elections; Democrats; Donald Trump; Donald Trump Lies; Donald Trump Versus The Constitution; Election; Elections; Impeachment; Panic; Republican; (more...) Riots, Add Tags  (less...)
Add to My Group(s)
Go To Commenting
The views expressed herein are the sole responsibility of the author and do not necessarily reflect those of this website or its editors.