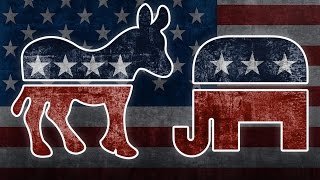 There was a huge turnout in the 2018 election, with the number of voters up by almost 30 percent from the last mid-term in 2014. Both parties managed to effectively motivate their base and get them out to vote. While the outcome was not the decisive victory that the Democrats had hoped for, it did give them many wins that will substantially change the course of politics over the next two years.

First, and most importantly, the Democrats won enough votes to retake the House of Representatives.

This matters because it means there will be an effective check on Donald Trump's power. In a wide variety of areas, beginning with his personal finances, Trump has ignored longstanding precedents and procedures. The Republican-controlled House and Senate were prepared to say that all manner of conflict of interest and abuse of power were fine.

The Democrats may also be in a position to force the Trump administration to confront the truth in many areas. For example, Trump made one of the major issues in this election a "caravan" of several thousand people walking up from Central America, through Mexico, seeking asylum in the United States.

Trump convinced millions of his followers that this group of unarmed people, which included many whole families with children, posed a major threat to national security. He even deployed 10,000 troops to the border to protect the country from these groups of asylum seekers.

With control of one House of Congress, Democrats will be able to force administration officials to testify and to show that they were lying and needlessly trying to scare people to win votes. Unfortunately, this sort of behavior by Trump and his administration is not unusual.

With Democrats in control of at least one house of Congress, they will place a check on the Trump administration's abuses of power. Under the Democrats, the House will be able to carry on investigations and subpoena documents and witnesses to expose abuses like industry officials determining environmental or financial regulation or the Internal Revenue Service ignoring tax evasion by Trump's political allies.

In addition, Democrats will be able to block further efforts at tax cuts targeted towards the wealthy. The main beneficiaries of the tax cut last year were the richest one percent of households, with middle-income families getting little or nothing, depending on their specific situation. It is likely that any future tax cuts put forward by the Republicans would also be tilted towards the rich. The Democrats should be able to prevent such bills from passing.

The Democrats will also be able to block further efforts to abolish the Affordable Care Act (ACA), President Obama's health care reform. This is a huge deal since the ACA extended health insurance coverage to close to 30 million people. The Republicans have pledged to reverse it since the day it was passed. By blocking these efforts, the Democrats may be able to return the focus to further improving and expanding coverage.

There is actually one area of possible compromise here. During his campaign, Trump railed against the outrageous prices charged by the drug companies. Once in office, his major remedy for high US prices was forcing our trading partners to pay more for drugs. However, he recently proposed measures which would lower the prices that Medicare, the government health insurance program for the elderly, pays for some drugs. While this was an extremely limited measure that would have led to modest savings, it is possible that Trump would agree to a stronger measure in order to have something to show for his re-election campaign.

In the same vein, it is possible that he would agree to increased spending on infrastructure. This was also one of Trump's major campaign themes. However, it largely took a back seat to other agenda items once he was in the White House. His specific proposals were convoluted public-private partnerships schemes that seemed designed primarily to make money for contractors rather than build infrastructure. Here also Trump may want to partner with Democrats so that he has something to show for his re-election campaign.

While winning control of the House of Representatives was a very big victory for the Democrats, they actually lost seats in the Senate. This was not a complete surprise, since more than two-thirds of the seats up for re-election were held by Democrats and several were states that Trump had carried by an overwhelming margin in 2016. (The Democrats won 55 percent of the vote cast in Senate races.)

The Democrats also managed to win several governor races and to take back many seats in state legislatures. This matters not only because many powers are delegated to the states, but also because the states structure congressional districts at the decennial Census. The Republicans had controlled this process in many large states after the 2010 Census.

As a result, the districts were rigged against the Democrats. They had to win more than 53 percent of the votes for the House in order to get a majority of the seats. With the Democrats having won governor races in several large states, the districts are likely to be more favorable for the Democrats when they are redrawn after the 2020 Census.

Dr. Dean Baker is a macroeconomist and Co-Director of the Center for Economic and Policy Research in Washington, D.C. He previously worked as a senior economist at the Economic Policy Institute and an assistant professor at Bucknell University. (more...)
Related Topic(s): Conflict; Democrats; Midterm Elections; Politics; Republican, Add Tags
Add to My Group(s)
Go To Commenting
The views expressed herein are the sole responsibility of the author and do not necessarily reflect those of this website or its editors.