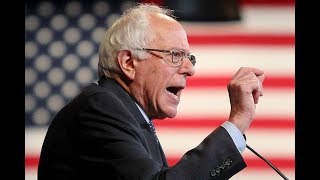 I want to tell you about a very exciting trip that I took last weekend to Texas and Arizona. That follows the trip we took several weeks ago to Illinois, Iowa, Wisconsin and Michigan. Of these six states, Trump won five. And, in Illinois, where Trump lost, progressives are taking on the old and moribund Democratic machine.

The very good news is: the political revolution is on the move, not only in progressive states but in conservative areas as well. You have heard me say it a million times. This country will not change if the Democratic Party continues to ignore half the states in this country, including some of the poorest.

We're not going to transform the politics of the United States by just doing fundraisers with wealthy people in New York and California or starting Super PACs funded by special interests. We have got to take the fight for economic, social, racial and environmental justice to every county in every state in this country.

And the good news is that is exactly what is beginning to happen.*This year, there are more candidates than ever on the ballot -- in progressive and conservative areas -- who support Medicare for all, free tuition at public colleges and universities, a $15 minimum wage, gun safety legislation and our entire progressive agenda.*

In many instances, these candidates are fighting against a political establishment that tells them they cannot win running on a progressive agenda, and they are fighting against a financial elite who will spend anything to stop them. *We should work as hard as we can to elect those candidates, and I intend to -- just as I did this past weekend. But I cannot do it alone. So I have to ask:*

That's what the political revolution is about and that's what, with your support, we're doing. And, trust me, it's not me alone. Hundreds of volunteers helped on this trip and I spoke alongside of great progressives like Jim Hightower of Texas and Nina Turner, the national president of Our Revolution.

Do you want to hear about success? In Texas earlier last week, progressive candidates have either won or advanced to runoffs in 19 out of 27 races that were contested, and voter turnout shot way up statewide.

On our visit to Texas we had thousands of people come out in San Antonio and Lubbock. Yes. In Lubbock, one of the most conservative areas in Texas, where Trump won 2-1, we had a standing room only crowd of 1,300. This is a place where the Democratic Party is incredibly weak and where the local newspaper claimed no progressive rally like ours had taken place in a "long time, if ever."

In Lubbock, 46 percent of the population is Latino or African American and the overwhelming majority of the community is poor or working class. Yet like in many other rural parts of the country, the Democratic Party has conceded the area and right-wing Republicans keep winning. That's pathetic, and we're in the process of changing that.

And what was our message in Trump country? It was that the political pundits are wrong when they say there are "blue states" like Vermont, "red states" like Texas, and "purple states" like Arizona, and that we need to be "realistic" in our goals because there are big differences between them all.

*Well, I don't believe that for a second and neither should you. I believe that in every state in this country, working people are struggling. There must be - and there will be -- a progressive government that fights for all of us, not just the 1 percent.*

Because no matter where you live, the vast majority of people don't believe in a Republican agenda that provides huge tax breaks to billionaires while cutting Social Security, Medicare and Medicaid.

No matter where you live, the vast majority of the people understand that in the wealthiest country in the history of the world people should not be forced to work two or three jobs to pay the bills because we have a national minimum wage of $7.25 an hour -- a starvation wage. They also understand that women should not be earning 80 percent or less of what men make for doing the same work.

No matter where you live, we all get sick, we all have accidents and we all need health care. And we now see a growing majority in this country who understand that health care is a right, not a privilege. We also see more and more people who want a Medicare-for-all, single-payer system.

Related Topic(s): College; Health Care Universal - Single Payer; Political Revolution; Progressives, Add Tags
Add to My Group(s)
Go To Commenting
The views expressed herein are the sole responsibility of the author and do not necessarily reflect those of this website or its editors.