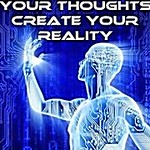 Let's take a step back for just a few minutes. Being circumspect for a change, I've decided to temporarily forgo politics and concentrate on getting my sixth book onto the virtual shelves of cyberspace.

While reviewing my first book from way back in 2001, I remembered this story that seems to fit the premise in my soon to be released new book, Unexplained Consciousness Experiences: Exploring the Possibilities.

William H. Calvin in his book, How Brains Think, gives us the story I speak of:

"Curious, I took a pencil from my pocket and touched a strand of the [spider] web. Immediately, there was a response. The web, plucked by its menacing occupant, began to vibrate until it was a blur. Anything that had brushed claw or wing against that amazing snare would be thoroughly entrapped. As the vibrations slowed, I could see the owner fingering her guidelines for signs of struggle. A pencil point was an intrusion into this universe for which no precedent existed. Spider was circumscribed by spider ideas; its universe was a spider universe. All outside was irrational, extraneous, at best raw material for spider. As I proceeded on my way along the gully like a vast impossible shadow, I realized that in the world of spider I did not exist."

(note to Monica Crowley -- it's ok to use excerpts from other people's work if you give them credit.)

The spider had no previous cognitive faculty for this experience. No surprise here. We've known for a long time our animal cousins can't experience certain aspects of our reality because they don't have the innate abilities to do so. But we usually don't want to admit we humans have similar limitations.

Things are going on in the universe that we cannot perceive? And if we could, could we make sense of them? Black holes are a possible example. According to Steven Hawking, all of the rules of our universe cease to apply once inside a black hole. Is it that they cease or is it that black holes are like Eiseley's pencil points that intrude in our universe?

More importantly, how certain can we be about any assumption we make about the nature of our universe or our reality? The human attempt to understand our creation, which evolved into religion and science, are examples of how we cope with this limitation.

When we admit we don't know what we don't know; we are empowering ourselves to recognize and acknowledge that pencil points do intrude on our reality. They are the perturbations that disturb our spider webs of comfort woven of what we call common sense. They are designed to resist intrusions like Near Death Experiences and other classes of Unexplained Consciousness Events.

Nevertheless, they persist, and there is much to learn if we decide to look. Or as the spider in Calvin's story, we can just return to the false comfort of our limited capacity and act as if what we know is all that exists.

Ok, a small concession to my inner urges to mention politics; this inability to admit what we don't know and obfuscate, deny, and deflect anything that doesn't fit our worldview is probably a more practical example of our cognitive limitations.

It's a good thing that I'm retired and don't need to sell lots of books. Because I usually don't. I write them for the pure joy that only the most committed writers share. Of course, I'm not objecting to selling a few more, but fortunately, that's not my main objective. It's all about starting conversations that might make this a better world where we can realize the truth of our connectedness and mutuality during a time of hyper-polarity, division, and conflict. Tall order, I know. But someone must do it, and it gives me comfort to know that in some small way I can help.

Related Topic(s): Awareness; Books; Change; Conflict; Consciousness; Learning; Politics; Religion; Science; Story, Add Tags
Add to My Group(s)
Go To Commenting
The views expressed herein are the sole responsibility of the author and do not necessarily reflect those of this website or its editors.