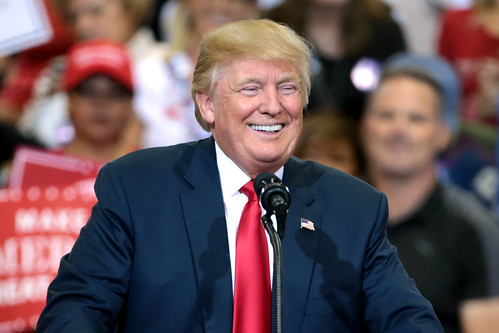 Duluth, Minnesota (OpEdNews) August 25, 2020: If you had sat on my couch and watched the evening national news on television with me over the years, you might have gotten that impression that California should have been burnt up entirely by now -- because of the magnitude of wildfires sweeping over California reported graphically on the televised national news.

But here we go again in 2020! More wildfires in California and more graphic evening television news coverage of them - reminding us of all the homes burned down in California, as we sit and watch from our homes elsewhere in the country! The national evening news bring the news home, so to speak.

But it is not just the wildfires in California that the televised national news coverage is always graphic. In general, the evening television news coverage tends to accentuate the graphic - tends to bring the graphic home each night as we watch in our homes.

Now, the Nobel-prize winning economist and New York Times columnist Paul Krugman has published a column titled "QAnon Is Trump's Last, Best Chance: The only thing he can hope for is fear itself" (dated August 24, 2020). Long ago, Krugman established that he is not a fan of President Donald ("Tweety") Trump.

In many respects, Krugman says nothing in his latest column that is unusual for him to say about Tweety Trump and his most ardent supporters. But this is exactly my point. Krugman tends to couch his critiques of Tweety's graphic but misleading statements in terms of abstractions and general patterns - thereby missing how Tweety's graphic statements appeal to his most ardent supporters.

It's likely Krugman is wearing eye blinkers that keep him from even acknowledging graphic crimes as he reports that "Trump took office in a nation whose violent crime rate had been failing for decades; out big cities were as safe as they had ever been." But what about Chicago? Doesn't Krugman watch the evening national news on television?

Krugman also says, "The same pattern of attempts to panic Americans over nonexistent threats recurs throughout this administration. If you get your information from administration officials or Fox News, you probably believe that millions of undocumented immigrants cast fraudulent votes, even though actual voter fraud ever happens; that Black Lives Matter protests, which with some exceptions have been remarkably nonviolent, have turned major cities into smoking ruins; and more."

But "some exceptions" include graphic examples in Minneapolis and Portland.

In addition, Krugman says that "on the day Trump took office," "Homicides were low, but 'deaths of despair' from drugs, suicide, and alcohol were rising sharply."

But what about all the homicides in Chicago? Doesn't Krugman watch the evening national news on television? Or does he simply prefer the escapism of his aggregate statistics -- because he relishes each opportunity to critique Tweety Trump and his most ardent supporters for indulging in the paranoid style in American politics?

But let's go on. Krugman says, "What he [Tweety Trump] and they ]his most ardent followers] can do, however, is conjure up imaginary threats that play into his supporters' prejudices, coupled with conspiracy theories that resonate with their fear and envy of know-it-all 'elites'" - including the know-it-all columnist Krugman.

Related Topic(s): American Culture; Democratic; Democrats; Krugman; Politics; Qanon; Republican; Television; Trump, Add Tags
Add to My Group(s)
Go To Commenting
The views expressed herein are the sole responsibility of the author and do not necessarily reflect those of this website or its editors.