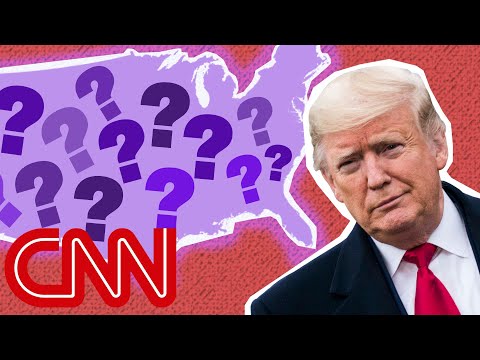 Wartime profiteering is an especially vile form of corporate greed, yet it has been as common in our country as war itself.

Indeed, during the American Revolution, assorted corrupt merchants and traders lined their pockets by controlling the supply and jacking up the prices of various goods they sold to the Continental Army and the general public. Often, though, feisty colonials struck back at the gougers. In 1777, for example, when a Boston merchant was found to be hoarding imports of coffee and sugar to create an artificial shortage so he could charge the area's families exorbitant prices, a band of enraged Beantown women took matters into their own hands. They beat up the guy and confiscated his stock!

We could use a roving gang of indignant citizens today to confront the shameful greed of such corporate scammers as Boeing, American Airlines and Marriott, as well as such billionaire hucksters as Jeff Bezos and Elon Musk. They are among a new breed of pandemic profiteers that have rushed to Washington, shoving aside millions of workers, small businesses, poor people, students, nonprofits, farmers, cities and all other devastated victims of the COVID-19 crisis, demanding that corporations be first in line for a massive government rescue.

Take Boeing. Please! Already disgraced as a death-plane producer, its lobbyists brazenly swarmed into the White House and Congress, pleading for $60 billion from taxpayers to protect its profits. Rather than booting Boeing and other uber-rich panhandlers out the public door, President Donald Trump and GOP Congress critters obsequiously soothed the fevered brows of these champions of socialist capitalism with a half-trillion-dollar handout of the people's money.

Which corporations would be favored? No telling. How much would each get? We'll tell you later, maybe. What's the criteria? Don't ask. What about the workers and suppliers? Let them apply for food stamps. Aren't you cutting food stamps? Shhhhh.

Luckily, enough Democrats had enough moral fortitude to block some of the grossest giveaways in the Republicans' $500 billion corporate boondoggle, but the greedy, profiteering giants should not be given a single dime until the real and urgent needs of the people are met. Profiteers should be last in line ... or turned over to descendants of those Boston women from 1777.

Meanwhile, glorious news about the coronavirus crisis itself! The renowned professor of pandemicology, Dr. Donald Trump, has found a magical medical antidote for the disease that had eluded lesser scientists: The Peter Cottontail Solution.

While sitting in the Rose Garden for a virtual Fox News town hall, the resident White House pandemicologist said that it suddenly dawned on him that, hippity-hoppity, Easter's on its way! So, he went on to declare that he was ready to lift all those pesky health restrictions and "have the country opened up" by Easter, just two and a half weeks away.

Would our public health crisis be over then? Dr. Trump said he didn't worry about such factual details. He explained to the Fox audience, "I just thought it was a beautiful time," noting that all of the nation's churches could fill up on that Sunday, bringing people together in celebration of his reawakening of the moribund economy.

But wouldn't such a holy mass gathering actually reinvigorate the diabolical COVID-19 pathogen, spreading its destruction further, deeper and longer? Sure, said the good doctor. "You are going to lose a number of people," he said. But Wall Street and Corporate America are crippled by employees' staying home, so "We have to get back to work." This rallying cry for workers to pump up the sagging stock market by promptly returning to their offices and factories amounts to a crass "Die for the Dow" ethic espoused by Wall Street barons and billionaires.

Of course, for the cold inhumanity of such a dreadful policy idea to be made clear, it needs to be officially embraced as "Texas Stupid." Sure enough, one of my state's right-wing politicos, Lt. Gov. Dan Patrick, lunged into the national spotlight of Fox News Tuesday night to one-up Trump. He blathered that returning America to full economic throttle pronto is worth sacrificing the lives of "those of us who are 70-plus" years old. "Let's be smart about it," Lt. Dan added, thus demonstrating to millions that he and this idea are even dumber than a dust bunny.

Related Topic(s): Airlines; Billionaires; Boeing; Government Bullying; Pandemic; Trump Against Democracy; Trump Bigotry; Trump Threats; Washington Greed, Add Tags
Add to My Group(s)
Go To Commenting
The views expressed herein are the sole responsibility of the author and do not necessarily reflect those of this website or its editors.