The continuing demonstrations throughout the country suggest not only the obvious -- that Black lives matter -- but that racism is consuming America from within, that injustice affects the perpetrators just as much as the victims, that enough is enough. 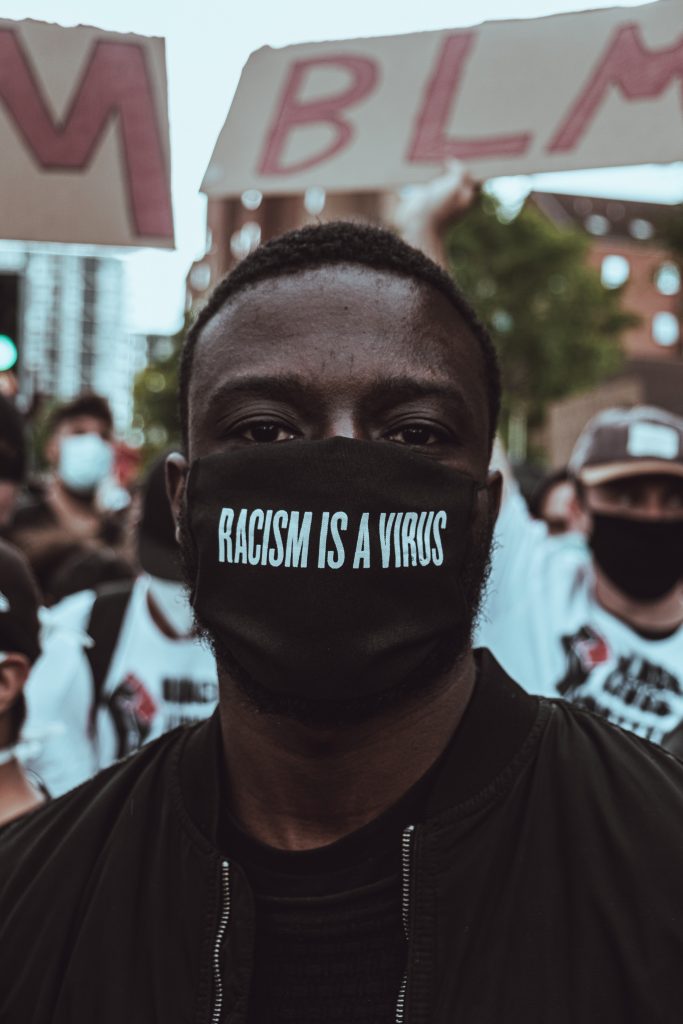 The rage, desperation, and determination which continue to bring tens of thousands of Americans to the streets in protest against racism and injustice hopefully will be just the beginning. They are sick and tired of systemic racism against Black people, of bigotry at the top, crude discrimination, police brutality, a prejudiced criminal justice system, economic disparity, and society's robbing black people of experiencing real freedom and equality. Hypocritically, white people blame the victims of racism for their own plight, claiming that Black people would do better in life if they were only willing to work harder.

We are now reaping the harvest of the seeds of racism and discrimination -- the devaluation of black life. The whole socio-economic and cultural system is lopsided, as it lacks the fundamentals of justice and equality. The pandemic provided the wakeup call that pointed out the ugly tradition of subjugation of the Black community, which sadly did not stop with the end of slavery, but continued in the wanton indifference to their pain and agony, our uncanny negligence, and our failure to understand what they are really experiencing.

The fact that Black people were slaves, and the carefully cultivated myth that slaves were always obedient and happily served their white masters, left an indelible imprint on white people that has lasted generations. They maintain that African Americans were born to servitude and hence they do not qualify for equal treatment, equal opportunity, and equal status.

Films such as D.W. Griffith's immensely influential Birth of a Nation (1915), which helped to reestablish the Ku Klux Klan, also reinforced the racist stereotype that Black men are unintelligent and an inherent danger to the white community -- specifically white women. When on May 25 (the same day George Floyd was killed) a white woman, Amy Cooper, called the cops on a Black man, Christian Cooper, who was birdwatching in Central Park, she was tapping into the long history of that racist trope. To put it plainly, Black lives are simply not valued the way white lives are, as white people consciously or subconsciously view Black man as both sub- and supra-human, threatening, and expendable.

Thus, due to this entrenched prejudice, any activity, however innocent, in which a Black man is engaged in invites suspicion, alarm, and often puts the life of Black men in danger -- such as 25-year-old Ahmaud Arbery, who was shot and killed by white residents of the suburban Georgia neighborhood he was jogging in. The mayor of Minneapolis bluntly said "Being black in America should not be a death sentence." Racism, to be sure, is so ingrained it flows in the veins of many Americans without notice.

The insidious, learned biases pitting white against Black Americans directly leads to the treating of Black Americans as second-class citizens and suppression by white Americans -- a necessary ingredient that satisfies their ego and elevates their self-worth. Although the majority of white Americans may not be white supremacists, they certainly hold onto their privileges in all walks of life as they view their relation with Black people (and other people of color) as a zero-sum game, as if a Black man's gain invariably chips away at a white man's privileges.

Racial prejudice in America takes a heavy toll on African Americans, which translates to discrimination in all walks of life, including education, job opportunities, professional advancements, and medical treatment, especially maternal health. Black workers receive 22 percent less in salary than whites with the same education and experience; Black women receive even less -- 34.2 percent. According to a University of Chicago/Duke 2016 study, when factoring in all African American and white men (inclusive of those incarcerated or otherwise out of the workforce), the racial wage gap is the same as it was in the 1950s. Even where racial discrimination should not occur, in medical treatment, when Black patients access medical care, doctors regularly prescribe fewer pain medications and believe Black patients feel less pain than white patients, even among veterans seeking care.

Whereas Black men have served in the military and fought and died alongside white soldiers in every war since the Revolutionary War (when 5,000-8,000 Black soldiers fought against the British), they had to face the revulsion of discrimination and segregation while still serving in the military, hardly recognized for acts of bravery. Indeed, until 1948after the end of WWIIthe US military was entirely segregated. While the top brass of the military, who are mostly white, like to claim that military institutions are 'colorblind', the reality is that "racism and discrimination remain extensive problems even in the U.S. military."

Although police brutality against Black men in particular, which instigated the current protests, is a known phenomenon, police killings of Black men continue unabated. It can and has taken different forms historically - including harassment and intimidation, assault and battery, torture and murder, and even complicity with the KKK. Often, police officers approach any situation connected to a Black man with apprehension and fear. White police officers see threats where they do not exist; they are too quick to draw and as quick to fire to kill.

Here are just a few glaring examples: a Black man taking a nap in a car in a parking lot was shot dead. Another pulled over in a traffic stop was shot and killed in front of his girlfriend and her daughter. A Black man sitting in his home eating ice cream was shot dead by his neighbor, an off-duty white police officer. A Black woman playing video games with her nephew was shot and killed through her window. A Black woman (and EMT) sleeping in her home was shot eight times when officers entered her apartment executing a no-knock warrant.

It is rare for a prosecutor to decide to charge a police officer, especially because they often know each other and have developed close working relationships. Even Internal Affairs divisions of police departments, which ostensibly exist to investigate and report misconduct among officers, have widely conducted sub-standard investigations and failed to identify problem officers who commit wanton abuse.

This cultural pattern enables police officers like Derek Chauvin, Daniel Pantaleo, and Nathan Woodyard to commit the heinous crime of slowly squeezing the life out of George Floyd (MN), Eric Garner (NY), and Elijah McClain (CO). As troubling is the fact that police officers have been known to give false testimony in court, whether to avoid punishment for their own criminal and/or unconstitutional actions, to ensure a conviction, or for other reasons.

Related Topic(s): American History; Death; Housing; Inequality; Injustice; Police; Protest; Racism In Federal Courts; Racism In Workplace; Trump, Add Tags
Add to My Group(s)
Go To Commenting
The views expressed herein are the sole responsibility of the author and do not necessarily reflect those of this website or its editors.