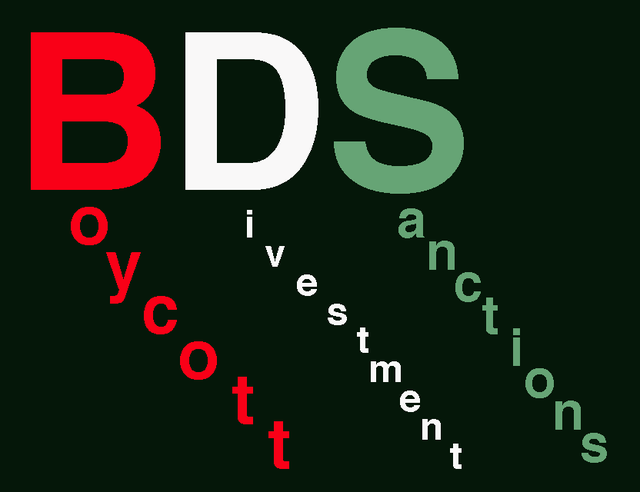 There is something immoral in Washington D.C., and its consequences can be dire for many people, particularly for the health of US democracy.

The US government is declaring war on the Palestinian Boycott, Divestment and Sanctions (BDS) movement. The fight to defeat BDS has been ongoing for several years, but most notably since 2014.

Since then, 11 US states have passed and enacted legislation to criminalize the movement, backed by civil society, which aims to put pressure on Israel to end its occupation of Palestine.

Washington is now leading the fight, thus legitimizing the anti-democratic behavior of individual states. If the efforts of the US government are successful, an already struggling US democracy will take yet another step back, and many good people could potentially be punished for behaving in accordance with their political and moral values.

According to its own "2017 Lobbying Agenda," AIPAC has made the passing of the bill its top priority.

The US Congress is beholden by Israel's interests and by the "stranglehold" of AIPAC over the elected representatives of the American people.

Thus, it was no surprise to see 43 senators and 234 House representatives backing the Bill, which was first introduced in March.

Although the Congress has habitually backed Israel and condemned Palestinians -- and any politician or entity that dared recognize Palestinian rights -- this time, the Congress is going too far and is jeopardizing the very basic rights of its own constituencies.

The First Amendment to the US Constitution has been the pillar in defense of people's right to free speech, freedom of the press, "the right of the people peaceably to assemble, and to petition the Government for a redress of grievances." This right, however, has often been curtailed when it applies to Israel. The Center for Constitutional Rights refers to this fact as "The Palestine Exception."

S.720, however, if it passes, will cement the new US status, that of "flawed democracy" as opposed to a full democratic nation that legislates and applies all laws fairly and equally to all of its citizens. The law would make it a "felony" for Americans to support the boycott of Israel.

Punishment of those who violate the proposed law ranges from $250,000 to $1 million, and/or 20 years in prison.

The Bill has already had chilling effects on many groups in the country, especially among African American activists, who are fighting institutionalized racism. If the Bill becomes law, the precedent will become the norm, and dissidents will find themselves standing trial for their mere opinions.

With regard to Israel, the US Congress is united. Both Republican and Democratic lawmakers often act in ways contrary to the interests of their own country, just to appease the Israeli government. This is no secret.

Related Topic(s): AIPAC; American Hypocrisy; Boycott; Congress; Democracy; Israel; Rights, Add Tags
Add to My Group(s)
Go To Commenting
The views expressed herein are the sole responsibility of the author and do not necessarily reflect those of this website or its editors.