It's time to embrace unions. 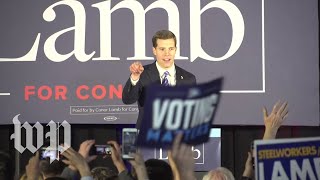 So they announced that the Democrat who beat them was, more or less, a Republican. Ryan claimed the victor in Tuesday's special election, Conor Lamb, ran as a "conservative." Trump claimed that Lamb leaned so far to the right that the president mused: "Is he a Republican? He sounds like a Republican to me."

This is the carefully-crafted spin that politicians peddle after they have suffered a setback.

Lamb's narrow victory, which could still be challenged with a recount demand, unsettled top Republicans for good reason. It suggests, as the 2018 mid-term election season takes off, that Democrats could win almost anywhere. According to the Cook Political Report, there are 118 Republican-held seats in the U.S. House that are less Republican-friendly than Pennsylvania 18. This vulnerability explains why Ryan and Trump want pundits and pols to imagine that Lamb embraced their policies and simply ran with a D after his name. They want that to be the "lesson" that pundits and pols take away from Tuesday's election result.

The real lesson, the one that Democrats need to recognize, it's precisely the opposite of what Trump and Ryan suggest. Lamb isn't exactly a progressive Democrat. But Ryan's being absurd when he tries to identify the Pennsylvanian as a conservative. Lamb campaigned as a sharp critic of corporate influence on American politics who criticized Trump's tax policies and aggressively defended the Social Security, Medicare and Medicaid programs that Ryan seeks to dismantle. Alex Lawson, the executive director of Social Security Works, says, "Lamb's victory is a repudiation of Donald Trump and Paul Ryan's plans to gut the American people's earned benefits."

Related Topic(s): Afl-cio; Conor Lamb; Democrats; Election, Add Tags
Add to My Group(s)
Go To Commenting
The views expressed herein are the sole responsibility of the author and do not necessarily reflect those of this website or its editors.