China and Syria have already begun discussing post-war infrastructure investment; with a "Matchmaking Fair for Syria Reconstruction" held in Beijing. 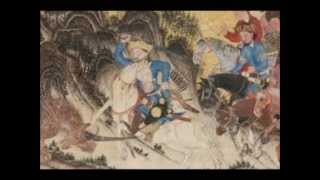 Needless to add, all those elaborate plans depend on no more war. And there's the rub.

Related Topic(s): Assad; China; Silk Road; Syria, Add Tags
Add to My Group(s)
Go To Commenting
The views expressed herein are the sole responsibility of the author and do not necessarily reflect those of this website or its editors.