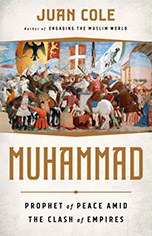 A tiny death cult in Sri Lanka calling itself "Sri Lanka Tawheed Jamaat" (not to be confused with a big mainstream organization of the same name in India) appears to be responsible for the eight coordinated bombings at luxury hotels and Christian churches on Sunday.

By now the tactic is familiar, if monstrous. These small, fringe groups are frustrated that 99.999% of Muslims are not interested in their extremism. They commit mindless butchery and terrorism to make the mainstream society hate Muslims, and so can use the backlash against their own acts of terror to recruit Muslims who then feel attacked for no reason. The engine of Islamophobia thus can be revved up and used to radicalize the Muslims in the "grey zone" who had earlier rejected radicalism. The tactic only works if the mainstream society and authorities fall for it by persecuting the Muslims that had nothing to do with the attack.

Hitting Christians was a way of getting an even bigger effect, since it would attract the attention, they thought, of Christians in Europe and the US, promoting Islamophobia there, as well.

Sri Lanka (once called Ceylon) is 70 percent Buddhist, 13% Hindu, about 10% Muslim and 7% or so Christian. It had been roiled in the 1990s and the first part of the 21st century by a guerrilla insurgency among middle class Tamil Hindus of Marxist leanings, the Tamil Tigers, who invented the tactic of suicide bombing used by Tawheed Jamaat on Sunday. Its small Muslim minority had mostly tried to keep its head down. But it sometimes was targeted, as in 1990 when the Tamil Tigers killed 110 Muslims at two mosques.

The rise of stochastic or random terrorism impelled by suggestions made by ISIL militants on the internet has led to small fringe groups franchising with ISIL and carrying out terrorist operations like that on Easter, which has no immediate political goal. That is, stochastic terrorism does not demand some practical step like a change in a law or an end to persecution of a group. Its whole point is to provoke a backlash against Muslims so as to make more radicals.

The death cult in Sri Lanka, like all religious cults, betrayed and defiled the actual values of Muslim scripture.

The Prophet Muhammad (c. 567-632) had good relations with most of the Christians he knew, and I think he supported the Roman Christians against their adversaries, the Zoroastrian Iranians. The Table 5:82 says of the early Muslims, "you will find that the nearest to them in love are those who say 'We are Christians.' That is because they have among them priests and monks, and they are not haughty."

The Qur'an complained about bad relations between Jews and Christians, which sometimes led to the destruction of synagogues and churches.

In 523 AD, a century before the verses of the Qur'an discussed here, the Yemeni, Himyarite king Yusuf Dhu Nuwas, a convert to an apparently militant form of local Arabian Judaism,

The sixth-century Palestinian historian, Procopius (Prokopios) of Caesarea, wrote that the Roman Emperor Justinian urged the Ethiopian king or Negus to intervene in Yemen and secure it for Christendom against Iran, and so shore up trade in silk and other luxury goods with Asia. (The Jewish Himyarite dynasty, being allied with Iran, could harry Roman ships in the Red Sea trying to go to Sri Lanka/ Ceylon for the Asia trade).

The early biographer of the Prophet Ibn Hisham, who edited the work of Ibn Ishaq (d. 760s AD), held that Qur'an 85:4-7 refers to this massacre by Dhu Nuwas, in part because it mentions an obscure word, al-Ukhdud. While this term can mean ditch, it is also a place name just outside Najran.

The Qur'an says, "Cursed by the people of al-Ukhdud: Fire, fed by fuel, when they sat above it. And they were themselves witnesses to what they did to the Believers."

85:10 concludes, "Those who coerce the consciences of the believers and refuse to repent, the torment of the netherworld awaits them, and the agony of hellfire."

If Ibn Ishaq is right, the Qur'an here condemned an historic wrong that resonated even a century later in the Arabian peninsula, in which a ruling elite with biblical commitments attacked the believers and churches of a rival such group.

Related Topic(s): Cults; Culture Of Cruelty; Death; Islamic State; Muslims; Religion; Terrorism, Add Tags
Add to My Group(s)
Go To Commenting
The views expressed herein are the sole responsibility of the author and do not necessarily reflect those of this website or its editors.