Click Here to Remove All Ads
Source: The Guardian
As it does in many non-adversarial countries, the surveillance agency is bulk collecting the communications of millions of citizens of Brazil 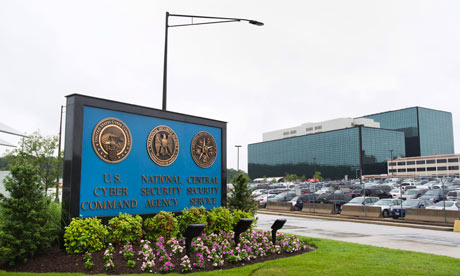 I've written an article on NSA surveillance for the front page of the Sunday edition of O Globo, the large Brazilian newspaper based in Rio de Janeiro. The article is headlined (translated) "US spied on millions of emails and calls of Brazilians," and I co-wrote it with Globo reporters Roberto Kaz and Jose Casado. The rough translation of the article into English is here. The main page of Globo's website lists related NSA stories: here.

As the headline suggests, the crux of the main article details how the NSA has, for years, systematically tapped into the Brazilian telecommunication network and indiscriminately intercepted, collected and stored the email and telephone records of millions of Brazilians. The story follows an article in Der Spiegel last week, written by Laura Poitras and reporters from that paper, detailing the NSA's mass and indiscriminate collection of the electronic communications of millions of Germans. There are many more populations of non-adversarial countries which have been subjected to the same type of mass surveillance net by the NSA: indeed, the list of those which haven't been are shorter than those which have. The claim that any other nation is engaging in anything remotely approaching indiscriminate worldwide surveillance of this sort is baseless.

As those two articles detail, all of this bulk, indiscriminate surveillance aimed at populations of friendly foreign nations is part of the NSA's "FAIRVIEW" program. Under that program, the NSA partners with a large US telecommunications company, the identity of which is currently unknown, and that US company then partners with telecoms in the foreign countries. Those partnerships allow the US company access to those countries' telecommunications systems, and that access is then exploited to direct traffic to the NSA's repositories. Both articles are based on top secret documents provided by Edward Snowden; O Globo published several of them.

Related Topic(s): Guardian; NSA; Spying; Surveillance, Add Tags
Add to My Group(s)
Go To Commenting
The views expressed herein are the sole responsibility of the author and do not necessarily reflect those of this website or its editors.