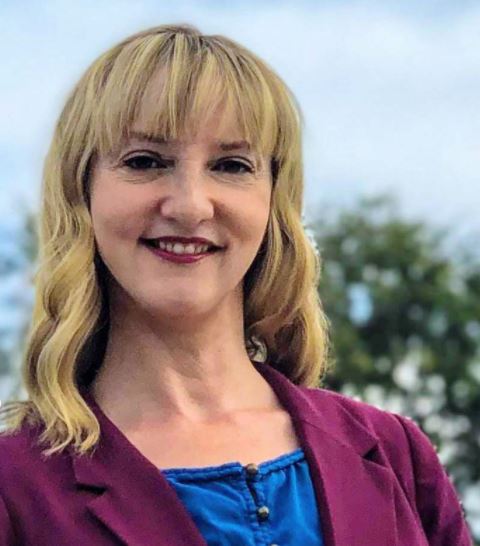 Covering an area that is 720 square miles and serving over 600,000 students, the Los Angeles Unified School District (LAUSD) needs a massive bureaucracy in order to operate. There are seven elected board members who are responsible for helping their constituents navigate through its vast monstrosity.

Members of the school board did not create this system. Other than calling for the district to be broken up, there is little that they can do to change it. The most successful representatives understand the bureaucracy and know where to push in order to achieve the changes they seek to make.

As a lifetime educator and former principal, LAUSD Board Member Scott Schmerelson knows first hand the types of obstacles that district bureaucrats can throw in the way for those trying to lead at the school level. This experience is on display every time he pumps the brakes on proposals that will transfer power from school sites to the district's Beaudry headquarters building. The most recent example of this was his opposition to the proposal to immediately reduce funding for the Los Angeles School Police Department, a decision that was being made before local leaders could give their input on how these cuts should be implemented.

In their endorsement of Schmerelson's opponent, the Los Angeles Daily News ignored his experience and proven record of transferring power back to the local school site. While maintaining that Marilyn Koziatek argues "that it's important for schools to listen to parents and adjust accordingly", the editorial board failed to look beyond her rhetoric. Had they examined her actual record, they would have found that her actions as the person "who directs the community outreach program at Granada Hills Charter High School" failed to give parents the power they were promised.

A successful school-board member understands that dialog with constituents is essential, even with the stakeholders who disagree with your positions. Schmerelson is a frequent visitor to LAUSD-centered Facebook groups and is known to respond to parents who have expressed frustration getting services they need for their children. Often this involves putting his constituents in contact with his staff or district employees who can help parents resolve problems.

As Granada's former Director of Communication and Development, Koziatek should know about Schmerelson's policy of open communication with the communities that he represents. Prior to the vote on renewing the school's charter and allowing its expansion, Schmerelson and his staff met with the charter school's representatives so that they could present their case before his vote. According to a participant in that meeting, the school used part of their time to argue that Schmerelson should ignore my reporting on various issues at their publicly funded private school. This would have been acceptable if they had presented evidence to refute the allegations that I had documented. Instead, they questioned my motives for looking into their wrongdoing.

Ignoring and ostracizing parents and students who dare to complain is part of the culture at Granada. When my wife, Nicole, demanded to speak with Brian Bauer, the school's Executive Director, after our daughter was forced to participate in gym class in violation of a doctor's note, his response was that he "will determine who has a meeting with me". Another parent had her child illegally placed in the school's blended-learning program and the school would not respect her request to move him to the school's main campus and the traditional education program. A student reported directly to me that criticism of the school was censored from her proposed valedictorian speech.

While Koziatek is quick to claim credit for any positive accomplishments at Granada, the excuse is often made that she should not be blamed for wrongdoing at the school, even if she is on the leadership team. However, she was directly implicated in one cover-up at the school. An email exchange uncovered by a Public Records Act request showed how she coordinated with the California Charter School Association (CCSA) in an attempt to kill a news story detailing how the LAUSD was looking into a complaint that I had filed against the school. The complaint involved their efforts to dissuade students with special-education needs from attending the school. Again, instead of using facts to defend themselves, they attempted to paint me as "a well-known gadfly." The efforts of Koziatek and the CCSA failed and the LA School Report ran the article without the school's input.

To prevent any further embarrassing emails from being released, Granada has stonewalled any additional responses to Public Records Act requests about the candidate. This includes requesting payment of thousands of dollars before they will conduct a legally required search of public documents. They have also used the COVID-19 crisis as an excuse to delay the release of information about money that Koziatek's husband has received from the school and about lawsuits that have been filed against the school.

In the endorsement article where the Daily News Editorial Board made the case of why they were including Koziatek among the ranks of school-board candidates that the pro-privatization paper has supported. These have included convicted felon Ref Rodriguez and iPad-scandal enabler Tamar Galatzan. While they state that Koziatek will bring "Accountability. Accountability. Accountability" to the district, this accountability is not present at Granada. One of the proven accusations that Granada tried to cover up was their illegal use of funds belonging to the student body to cover payroll expenses.

Granada's financial condition is also in question. Its bond debt more than doubled in 2017 from five million dollars to $10,536,531. The school added more to this debt when it borrowed money from the Payroll Protection Program meant to help small businesses survive during the COVID-19 crisis.

The assertion that Koziatek would deliver new revenues "as close to the students as possible" is also not backed up by the actions of Granada. If it were, the board would be focusing on education programs instead of a "desire to make the GHCHS Executive Director position one of the top compensated positions in Los Angeles".

While the parents whose children attend Granada will get to vote in November to decide who will represent LAUSD public-school students on the district's board, they do not have the same right at the school their own children attend. The ability to democratically elect representatives to Granada's governing board was taken away several years ago and these positions are now appointed. The Granada governing board now rubber stamps any decision by the administration with most votes giving them unanimous approval to proceed with their agenda.