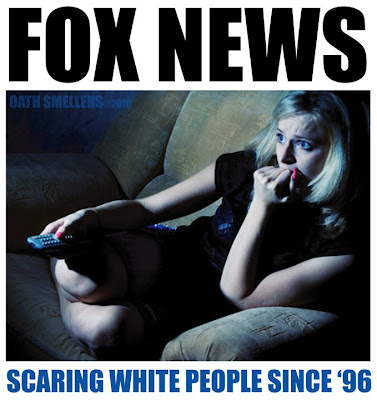 (Image by Unknown Owner)   Details   DMCA
I have been desperately trying to write a poem about the Rupert Murdoch affair but have run into a brick wall. Please, could somebody give me a word that rhymes with schadenfreude?

Witnessing the implosion of the Murdoch media empire has me reduced to a state that I am hard-pressed to describe. People a lot smarter than I are cautioning that we shouldn't be too quick to deliver our giddy eulogies; that the massive News Corp behemoth is too powerful an entity to come crashing down in complete and utter destruction anytime soon. What is abundantly clear however is that our boy Rupert has suffered a blow from which he may never recover. That's good enough for me. Hip! Hip!

As if this news wasn't good enough. We may very well be merely at the tip of an extremely nasty iceberg. There is some informed speculation that this scandal might not be limited to Murdoch's holdings in merrie olde England, that it might yet slither 'cross the pond, engulfing some of his American properties - Fox Noise and the New York Post Toasties immediately come to mind. That would be too good to be true. My contempt for the Post goes back to the day in December 1980 when they splashed on their front page a closeup photograph of John Lennon's dead face - distorted by three day's rigor mortis. Class act that Post.

If you want to understand how America's national political conversation has gone from the gutter to the sewer in the last thirty years, look no further than Rupert Murdoch. He bares much of the responsibility for the murder of good journalism in this country. I'm trying to convince myself that this is the beginning of the end of Murdoch's hold on the "news of the world". A planet without Fox News? Oh, please, fate!


"Every once in a while, I'll tape an entire, two hour segment of the morning 'news' program, FOX and Friends. It is the modern equivalent of watching the old, 1965 movie, Hold On! starring the deservedly forgotten British pop group, Herman's Hermits: so mind-numbingly awful that it's actually fun to watch! The very fact that this lame assemblage of info-taining, trivial nonsense is the highest rated morning cable program is instructive when trying to get to the bottom of the question as to why the American people are the dumbest, least informed, unenlightened people in the entire western world and why we are - no doubt about it - the laughingstock of the planet. It's three hosts are totally lacking in any real journalistic credentials. Indeed one of them, an amiable twit named Steve Doocy (whose last name will one day become a verb, I promise you), is a former TV weatherman. He now has the job of commenting daily on important matters of national and international concern - that is, when he's able to find the time to pry himself away from the latest Brittany or Paris scandal du jour. FOX and Friends is embarrassing any way you analyze it. It is nothing more than a propaganda arm of the Republican National Committee. It's message is as simplistic as it is unbalanced: Conservative: GOOD. Liberal: BAD. Think of it as Mallard Fillmore in real time. "

As is my habit, I taped the entire Fox and Friends program on Monday morning. I finally got around to viewing it last night. I was curious what their take would be on the scandal that is engulfing their strange little world - the scandal that every other broadcast news outlet is engrossed in. They never even mentioned it. It hasn't been getting much space in the New York Post either. You're not surprised by any of this, are you. I didn't think so.

The whole purpose of the Murdoch syndicate is to keep people stupid, and they have succeeded beyond anyone's wildest dreams. In the months leasing up to America's illegal invasion of Iraq in March of 2003, a survey showed that over seventy percent of the people polled believed that Saddam Hussein was complicit in the attacks of September 11, 2001. The overwhelming majority of them listed Fox as their major source of information. These are the same folks who thought that sending a corrupt, half-witted frat boy like George W. Bush to the White House in 2000 would be a really cool idea. If the rest of the planet earth is laughing us Rupert Murdoch deserves a lot of the credit for that.

HIS KINGDOM FOR A HACK

Think about this: When the revelations came to light that Murdoch's minions in England had been hacking the voice mails of soldiers killed in Iraq - and even those of a thirteen-year-old girl who had been abducted and murdered - how did he react? A little extremely, I think. He immediately shut down the News of the World , a paper that had been in existence since 1843 - eighty-nine years before Rupert Murdoch was even born. What's up with that??? That paper was one of his most profitable enterprises. It's not inconceivable that might have weathered the public relations storm. He could have sent out a heartfelt (assuming he has a heart) apology to the people of England and fired those responsible for what happened. It might have taken months, maybe even a year, for News of the World to regain its footing - and yet he felt it more expedient to close down a one-hundred and sixty-eight year old newspaper. WHY???

It's impossible to "investigate" an organization that no longer exists. What we have here is a cover up, plain and simple. The feds in Britain ought to move in before all the evidence is completely destroyed. As I said, we've only seen the tip of the iceberg. This is big, folks. Really, really big.

I'm counting on - praying for - the destruction of the entire Murdoch enterprise. I don't care how many people are thrown out of work as a result. The world of journalism would only benefit from not having to compete with these jackasses any longer. Society as a whole would be the ultimate beneficiary. They're not a "news" organization. They never have been. They're a propaganda arm of the plutocracy and the Republican party. But I'm preaching to the choir here, aren't I.

Rupert Murdoch is running for his professional life. His house of marked cards is crashing down all around him. He and his so-called "media empire" are being consumed by the flames of public outrage. The proverbial substance has hit the fan and he is covered with it. I am a very happy man today.

Tom Degan is a former Green Party candidate for New York State Senate. He writes on a blogsite called, The Rant by Tom Degan. He is the recipient of the Presidential Medal of Freedom.....Okay, he didn't really receive the Presidential Medal of (more...)
Related Topic(s): America; Journalism; People; People, Add Tags
Add to My Group(s)
Go To Commenting
The views expressed herein are the sole responsibility of the author and do not necessarily reflect those of this website or its editors.