Click Here to Remove All Ads
Incoming House Judiciary Committee chair Jerry Nadler says latest revelations make it clear that "my colleagues and I must step in and provide accountability." 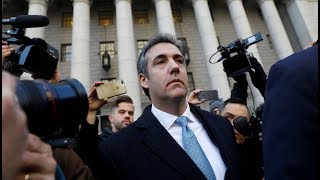 Donald Trump's longtime personal attorney and fixer, Michael Cohen, has now acknowledged that he lied to a pair of congressional committees about the extent of the president's ongoing engagement with Russian interests during the 2016 presidential campaign. This revelation comes as part of a plea agreement in which Cohen admits his guilt and explains that he sought to cover up for Trump when testifying last year to the House Permanent Select Committee on Intelligence and the Senate Select Committee on Intelligence.

The news has rocked Washington, as it highlights the extent of Cohen's cooperation with special counsel Robert Mueller's investigation into wrongdoing by Trump's inner circle -- and, as seems increasingly likely, the president himself. "Thursday's revelations are potentially significant because they appear to show that Trump was engaged in business dealings with Russia in the midst of a campaign in which Moscow interfered to help elect him," reported CNN. "They could also intersect with other information that Mueller knows to create political and legal jeopardy for the President."

Related Topic(s): Congress; Congressman Jerrold Nadler; Guilty; Michael Cohen; Mueller Investigation; Trump Bully In Chief; Trump Cruelty, Add Tags
Add to My Group(s)
Go To Commenting
The views expressed herein are the sole responsibility of the author and do not necessarily reflect those of this website or its editors.