A Wisconsin case could break the grip of partisans on the process that defines whether elections are competitive. 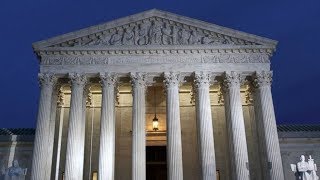 The American Civil Liberties Union is flexing the organizing and campaigning muscles it has developed since Donald Trump assumed the presidency to address the structural challenges that undermined American democracy before the 2016 presidential election.

Those vital initiatives will make it easier to vote. But the ACLU is not stopping there. It is also seeking reforms that will make voting more meaningful by restoring competition to legislative and congressional elections.

"One way politicians have been able to reshape the electorate to their liking is through the redistricting process," explains the ACLU's Brian Tashman. "Gerrymandering is done to protect incumbent lawmakers, especially when they are members of the party in power. This practice creates legislative districts that are so uncompetitive that it discourages voter participation."

The focus on gerrymandering is essential, and the Supreme Court will take up the issue Tuesday, hearing oral arguments on a Wisconsin case that could ultimately transform elections nationwide. The legal scholars and voting-rights activists who brought the case, now dubbed Gill v. Whitford, have asserted that Wisconsin's state Assembly and state Senate district maps were rigged by Governor Scott Walker's hyper-partisan legislative allies to lock in the majorities they gained in the wave election of 2010. Republicans gerrymandered legislative district lines so aggressively that in the next election, even as Wisconsin Democrats won 174,000 more votes than Republicans in races for state Assembly seats, Republicans won a 60-39 majority in the chamber.

The democratic disconnect illustrated by those numbers has strengthened the argument that the gerrymandering of district lines denies voters their right to participate in fair and competitive elections. And jurists have begun to accept that something must be done to make elections more reflective of the popular will. As the lead plaintiff in the Wisconsin case, longtime University of Wisconsin law professor William Whitford, says: "In a democracy citizens are supposed to choose their legislators. In Wisconsin, legislators have chosen their voters."

Related Topic(s): ACLU; Court Decision; Democracy; Elections; Gerrymandering; Supreme Court Justice Anthony Kennedy; Voting, Add Tags
Add to My Group(s)
Go To Commenting
The views expressed herein are the sole responsibility of the author and do not necessarily reflect those of this website or its editors.