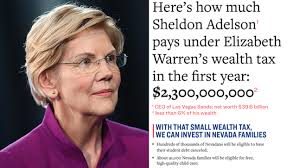 Last week's Democratic debate was the most interesting and revealing yet. And we have Mike Bloomberg to thank for that. His tone-deaf buffoonery was stunning and just happens to be intimately connected with this Sunday's liturgical readings.

Taken together, the readings and Bloomberg's performance show us that all the problems addressed in the debate have already been solved especially that of religiously inspired terrorism despite its not being addressed in last Wednesday's "show."

I say all that because today's selections contrast the foolish wisdom of the world (embodied in billionaires like Bloomberg) with the contradictory visions of Moses and Jesus the Christ who are prophets not just for Christians and Jews, but for Muslims as well. As such, their words call us to recognize our absolute unity with our neighbors, and to reject entirely the Bloombergian separative thinking of the world. What we do to others, the readings tell us, we do to ourselves.

But before we get to that, let's recall what happened on Wednesday.

As far as I was concerned, the most instructive moment came not when Mr. Bloomberg declined to release women from their non-disclosure agreements (NDAs). It wasn't even when he arrogantly joked about the inability of TurboTax to help determine his annual attempts at gargantuan tax evasion.

No, it came in a throw-away line in his exchange with Elizabeth Warren about her proposed "two-cent wealth tax." Almost as an aside, he said something like, "Well, of course I don't agree with Senator Warren's tax proposal." He then went on to make another of his monumentally vacuous non-points.

I only wish one of the moderators or debaters had followed up: "What exactly is your objection to a two-cent tax? Would it somehow diminish your lifestyle or impoverish you?"

Bernie Sanders came closest to asking that question when he raised the issue of capitalism's immorality. He observed:

"We have a grotesque and immoral distribution of wealth and income. Mike Bloomberg owns more wealth than the bottom 125 million Americans. That's wrong. That's immoral. That should not be the case when we got a half a million people sleeping out on the street, where we have kids who cannot afford to go to college, when we have 45 million people dealing with student debt. We have enormous problems facing this country, and we cannot continue seeing a situation where, in the last three years, billionaires in this country saw an $850 billion increase in their wealth -- congratulations, Mr. Bloomberg -- but the average American last year saw less than a 1 percent increase in his or her income. That's wrong."

There, Bernie said it: capitalism is a highly immoral system. No Jewish prophet; not Moses, not even Jesus of Nazareth could have said it better. We have the money unlimited resources to solve the world's problems. However, those resources remain locked up in the vaults of the world's 2000 billionaires. Fact is: their living standards would not be lowered by Warren's 2% tax. Mr. Bloomberg's lifestyle would even be unaffected if billionaires like him were outlawed altogether and if as a result, he lost 49.1 billion of his 50-billion-dollar bank account.

Yet, those resources (along with similar confiscations from other billionaires) could absolutely eliminate our material problems not merely in the United States, but throughout the entire world. Despite that undeniable fact, the billionaires and their kept allies refuse to entertain even the possibility of such taxation.

Could anything demonstrate more clearly the immorality of the reigning system?

In other words, the super-rich and corporate "persons" along with their servants in the mainstream media, and in the United States Congress prevent us from seeing that the solutions to the world's problems are already here and staring us in the face. Yes, the world's major problems have already been solved!

And I'm not just talking about correcting wealth inequality through confiscatory tax rates on the world's billionaires. I'm also referring to "problems" like immigration, Medicare for all, free college tuition, forgiveness of college loans, the $15.00 an hour minimum wage, the Green New Deal, world peace, and especially (in the light of today's readings) terrorism. To repeat: all of those problems (and more) have already been solved. It's just that the prevailing received wisdom prevents us from recognizing it.

Consider the issues just mentioned one-by-one and how they've already been effectively addressed:

Related Topic(s): Billionaires; Capitalism; Debate; God; Jesus; Judeo-christian; Medicare; Moses; Muslims; Nevada Primary 2020; (more...) Peace; Sunday; Terrorism, Add Tags  (less...)
Add to My Group(s)
Go To Commenting
The views expressed herein are the sole responsibility of the author and do not necessarily reflect those of this website or its editors.