What are the Democrats waiting for? Trump is the most impeachable tyrant in the country's history -- hands down. 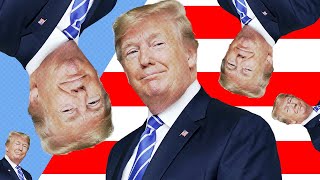 Amid the worst Republican President and Republican Party in modern times, the Democrats are playing the politics of low expectations. This is not the time for Democrats to be in disarray. On Capitol Hill, the prevailing view of most Democrats is that they will cling to their House majority and they shouldn't expect to regain the Senate in the 2020 elections. The Democrats should be using massive rebuttal evidence, relayed with invincible vibrant rhetoric, toward a "wave election win" as occurred in 1936, when President Roosevelt won 61 percent of the popular vote and the Democrats won large majorities in both the House and Senate.

Tyrant Trump is the most impeachable president in the country's history -- hands down. Before he resigned, Richard Nixon was sure to be impeached and convicted in 1974 due to his obstructions of the Watergate scandal investigation. Selected president Donald Trump has committed many more serious offenses than Nixon. Trump's abuses amount to repealing the gains of the American Revolution against monarchical rule, and they eviscerate the U.S. Constitution's "separation of powers" system of presidential accountability. Moreover, major protections for the American people against big corporate crime, power and greed are all on Trump's unlawful chopping block. His offenses and violations are more than enough to require his removal from office!

The Democrat's narrow impeachment move on Trump focuses on his attempted extortion of Ukraine for personal political gain. The current House inquiry does not yet include the far more serious systematic "high crimes and misdemeanors" he is brazenly committing. These affect the daily livelihoods, freedoms and just treatment of all the people where they live, work and raise their children.

A president who lies and fabricates by the hour is destructive to life-preserving science, reason, truth, and public trust. Trump separates those who believe his delusionary tweets and rantings from the realities they need to confront. No family, neighborhood, community, or workplace can operate under such thunderous falsifications. Trump even lies about his promises when challenged -- such as his claim that Mexico will pay to build the wall.

Alexander Hamilton described "high crimes and misdemeanors" as "violations of the public trust." Trump is the poster boy for this yardstick. He tells Americans they have cleaner air, water, food, forthcoming wonderful health insurance, tons more manufacturing jobs and "clean, beautiful coal." He continues to maintain these fictions when just the opposite is occurring due to his deliberate destruction of existing health, safety and economic protections. He is subordinating people to increased corporate control. Trump caves to corporate demands for more tax escapes, taxpayer subsidies, stalled or frozen minimum wages and other mechanisms to stop the people from getting what they have earned.

Trump's income taxes on corporations and his own businesses are the lowest in modern U.S. history. Some companies -- like the big banks and General Electric are nearing tax-exemption, so little do they pay into the U.S. Treasury. And Trump's use of the presidency to enrich himself and his businesses is shameless.

Remember all the factories that he said were coming back to America and the trade deficit he was going to diminish and the federal deficit he was going to reduce? Well, his actions have made a mess of all these matters. Manufacturing output and manufacturing jobs are down, the trade and federal deficits are up. Irregular Gig economy jobs with low pay and no-benefits are replacing good jobs. Consumer debts, including student debt, are at an all-time high.

Hand it to Donald Trump. Sometimes he really means what he says. His cruel attacks on immigrants who take tough jobs, such as being home health care aides that nobody else wants, and his brutish treatment of women and minorities matches his rhetoric. He really has illusions of megalomania. "I am the chosen one," he said recently.

Trump trumpeted dictatorially: "Under Article 2, I can do whatever I want as President." Which is what he is doing in violation of many sections of our Constitution, starting with sweeping contempt of exclusive Congressional authorities under our Constitution. These violations involve the appropriations, war and confirmation powers. He has violated surveillance rules, campaign finance laws and encouraged voter suppression of citizens likely to vote against Republicans. He is engaged in an attempted coup, not the Democrats.

There is never a "last straw" fulmination by Donald Trump. The winner thus far is his latest incitement that "If the Democrats are successful in removing the President from office (which they will never be), it will cause a Civil War like fracture in this Nation from which our Country will never heal,'" Trump quoted from a Baptist pastor's statement. Such a crazy, dangerous incitation would have been decisively actionable to our founding fathers, not to mention Mr. Republican himself Abraham Lincoln, whose presidency was engulfed by Civil War.

Related Topic(s): Impeachment; Investigation; President Trump; Scandal, Add Tags
Add to My Group(s)
Go To Commenting
The views expressed herein are the sole responsibility of the author and do not necessarily reflect those of this website or its editors.