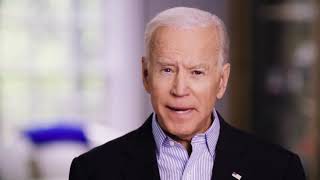 The Democratic Party's most powerful donors are running out of options in the presidential race. Their warhorse Joe Biden is stumbling, while the other corporate-minded candidates lag far behind. For party elites, with less than four months to go before voting starts in caucuses and primaries, 2020 looks like Biden or bust.

A key problem for the Democratic establishment is that the "electability" argument is vaporizing in the political heat. Biden's shaky performances on the campaign trail during the last few months have undermined the notion that he's the best bet to defeat Donald Trump. The latest polling matchups say that Biden and his two strong rivals for the nomination, Elizabeth Warren and Bernie Sanders, would each hypothetically beat Trump by around 10 points.

As such realities sink in, the focus is turning to where the party's entrenched power brokers don't want it to go the actual merits of the candidates in terms of political history, independence from big-money special interests, and longtime commitment to positions now favored by most Democrats.

With the electability claim diminished, Biden faces a steep climb on the merits of his record and current policy stances. The looming crisis for the Biden forces is reflected in the fact that his top campaign operatives have already publicly conceded he could lose the first two nomination contests, the Iowa caucuses and New Hampshire primary.

And in an era when small donations from the grassroots are adding up to big financial hauls, Biden is so uninspiring that he's losing the money race by a wide margin. Despite his relentless harvesting of big checks from hedge-fund managers, rich CEOs and the like, Biden's campaign raised a total of only about $15 million in the last quarter, compared to around $25 million that Sanders and Warren each received. The New York Times noted that the duo's fundraising totals are markers for "the collective enthusiasm in the party for progressive candidates pushing messages of sweeping change."

But Biden continues to greatly benefit from the orientations of corporate media outlets that loudly echo the concerns of corporate Democrats (often called "moderates" or "centrists") and their kindred spirits in realms like Wall Street. Rarely inclined to dispel the longstanding myth of "Lunch Bucket Joe," reporting has been sparse on his legislative legacy in service to such industries as credit-card companies, banks, and the healthcare business.

Media affection for Biden is matched by the biases of corporate media that for many years have routinely spun coverage of Sanders in negative ways, amplifying the messages from people at the helm of huge corporations. Recent months have seen no letup of anti-Bernie salvos, with Sanders as a kind of "heat shield" for Warren, catching the vast majority of the left-baiting attacks that would otherwise be aimed at her. Yet, as Warren's campaign gains momentum, she is becoming more of a prime target for wealthy sectors and their media echo chambers.

A CNBC article summarized on-air comments from network star Jim Cramer: "The financial community is really worried about the possibility of Sen. Elizabeth Warren becoming president." A theme among corporate executives, he said, is that "she's got to be stopped."

Such rumblings have grown louder since that broadcast five weeks ago, as Warren has surged into virtual ties with Biden in national polls. In late September, CNBC reported: "Democratic donors on Wall Street and in big business are preparing to sit out the presidential campaign fundraising cycle or even back President Donald Trump if Sen. Elizabeth Warren wins the party's nomination."

Meanwhile, Bernie Sanders (who I actively support) is even more antithetical to the economic powers that be. He directly advocates for an end to the biz-as-usual that has propelled the rapacious rise of corporate power and widening economic inequality.

Sanders underscored that advocacy in an ABC interview that aired on Sunday: "What we need is, in fact I don't want to get people too nervous we need a political revolution. I am, I believe, the only candidate who's going to say to the ruling class of this country, the corporate elite: 'Enough, enough with your greed and with your corruption. We need real change in this country.'"

And Sanders made explicit why at the same time that Warren is loathed on Wall Street he is even more feared and despised by champions of predatory capital. "Elizabeth considers herself if I got the quote correctly to be a capitalist to her bones," he said. "I don't. And the reason I am not is because I will not tolerate for one second the kind of greed and corruption and income and wealth inequality and so much suffering that is going on in this country today, which is unnecessary."

Days ago, the Bernie 2020 campaign began wide distribution of a sticker that boldly says, "Billionaires Should Not Exist." That kind of genuine progressive politics is an existential threat to the extremely wealthy, whose riches amid vast income inequality keep killing a lot of people.

Biden, speaking at the Brookings Institution in May 2018, was transparent about why corporate Democrats remain so enamored with him. "I love Bernie, but I'm not Bernie Sanders," he said. "I don't think 500 billionaires are the reason why we're in trouble." The folks at the top aren't bad guys."

Related Topic(s): Corporate; Democrats; Joe Biden; Money, Add Tags
Add to My Group(s)
Go To Commenting
The views expressed herein are the sole responsibility of the author and do not necessarily reflect those of this website or its editors.