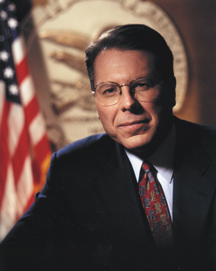 Copyrighted Image? DMCA
>
This is the way it goes, because this is the way it always goes. First, another horrific spree of violence and mass murder as we saw just last week in Santa Barbara, California, fueled by irrational fury, much of it perpetrated with guns obtained legally in the hands of someone who should never have been allowed one.

Then there's mourning, the makeshift memorials of flowers and stuffed animals, candlelit processions and vigils, funerals. The families and friends cry out in despair and condemn a society that permits such things. They attack the National Rifle Association for preaching a libertine philosophy of unregulated firearms.

This time, most prominent was Richard Martinez, grief-stricken father of victim Chris Martinez. "Why did Chris die?" he asked. "Chris died because of craven, irresponsible politicians and the NRA. They talk about gun rights -- what about Chris' right to live?"

The NRA observes radio silence for a few days, out of respect for the dead, they'll say, but in reality just keeping a low profile until the coast is clear and they can re-emerge with statements from Wayne LaPierre and the like saying that they're shocked, just shocked by this tragedy but don't you dare blame it on guns. We might need tighter mental health guidelines but keep away from my right to own my personal weapons of mass destruction and carry them wherever I want.

Noise and promises will be made, some legislation will be introduced and, at the state level at least, maybe even passed. (Since Santa Barbara, a bill is now in the California legislature that would allow restraining orders to keep "people with a potential propensity for violence from buying or owning a gun." Yet The New York Times reported that while in the year after the Sandy Hook/Newtown killings almost every state passed at least one new gun law, "Nearly two thirds of the new laws ease restrictions and expand the rights of gun owners.")

And forget about Congress. Although the House did approve some more cash for the FBI's National Instant Criminal Background Check System this week, there are no changes in the rules or regulations; any attempt is squelched by the gun lobby. So nothing much happens. Until the next time there's a killing spree and the maddening cycle begins all over again. It's like beating our heads against a wall over and over because it feels so good when we stop. Only it never stops. Because we keep letting ourselves be bullied into submission by loudmouths with guns.

As if on cue, here's Joe "The Plumber" Wurzelbacher of election '08 fame: "I am sorry you lost your child," he wrote to the parents of the Santa Barbara dead. "I myself have a son and daughter and the one thing I never want to go through, is what you are going through now. But: As harsh as this sounds -- your dead kids don't trump my Constitutional rights."

Yes, if brave Joe the Plumber had been there last Friday night, he would have shot it out with Elliot Rodger in Santa Barbara, or, more likely, offered to unclog his sink.

And check this out -- just a couple of days before the Santa Barbara murders, Chris Cox, the NRA's chief lobbyist, went after the pro-gun control group Doctors for America. He wrote, "While doctors know medicine, as a group they don't have any specialized knowledge of firearms or firearm policy."

This is rich. First, any doctor who has ever spent any time in an ER and tried to help a gunshot victim who's bleeding and near death, could be said to have a certain "specialized knowledge of firearms." Second, the NRA has done its damnedest to prevent doctors and scientists from getting hold of the research necessary to evaluate just how much harm guns are doing.

As Lois Beckett reported in April for the independent, investigative news agency ProPublica...

"For nearly 20 years, Congress has pushed the Centers for Disease Control and Prevention (CDC) to steer clear of firearms violence research. ... As gun violence spiked in the early 1990s, the CDC ramped up its funding of firearms violence research. Then, in 1996, it backed off under pressure from Congress and the National Rifle Association. Funding for firearms injury prevention activities dropped from more than $2.7 million in 1995 to barely $100,000 by 2012, according to CDC figures."

Yes, the Justice Department spent $2 million last year and is offering $1.5 million for gun violence research this year. And the National Institutes of Health have put out a call for new research, although it's still uncertain how much money is involved. But for the NRA to oppose such work -- dismissing it as "propaganda" and describing increased funding as "unethical," while at the same time saying doctors don't know enough to judge -- is reminiscent of the proverbial kids who murder their parents and then beg for leniency because they're orphans.

Cox and his associates say the ultimate goal of gun control advocates is "civilian disarmament." Please. We've said it over and over: Go ahead and keep your rifles for hunting and your handguns for target practice and home security, even though, as the Brady Campaign to Prevent Gun Violence repeatedly reports, "A gun in the home is 22 times more likely to be used to kill or injure in a domestic homicide, suicide, or unintentional shooting than to be used in self-defense."

Just explain why you have a need to possess an arsenal similar to that of an emerging nation-state -- and give me a good reason that ultimately doesn't have to do with insecurity about your manhood.

Consortiumnews.com was founded by Robert Parry in 1995 as the first investigative news magazine on the Internet. The site was meant to be -- and has become -- a home for important, well-reported stories and a challenge to the inept but dominant (more...)
Related Topic(s): Money; NRA, Add Tags
Add to My Group(s)
Go To Commenting
The views expressed herein are the sole responsibility of the author and do not necessarily reflect those of this website or its editors.