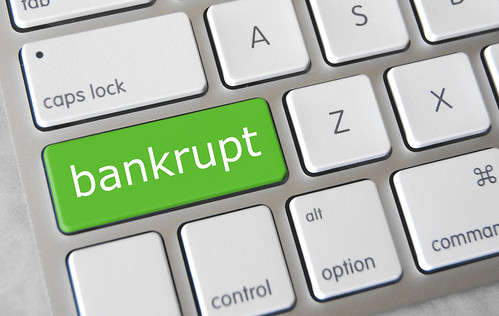 Mark my words, America's war spending will bankrupt the nation.

For that matter, America's war spending has alreadybankrupted the nation to the tune of more than $20 trillion dollars.

Now the Trump Administration is pushing for a $4.4 trillion budget for fiscal year 2019 that would add $7 trillion to the already unsustainable federal deficit in order to sustain America's military empire abroad and dramatically expand the police state here at home. Trump also wants American taxpayers to cover the cost of building that infamous border wall.

Truly, Trump may turn out to be, as policy analyst Stan Collender warned, "the biggest deficit- and debt-increasing president of all time."

Right now, the U.S. government is operating in the negative on every front: it's spending far more than what it makes (and takes from the American taxpayers) and it is borrowing heavily (from foreign governments and Social Security) to keep the government operating and keep funding its endless wars abroad.

It happened in Rome. It's happening again.

Not content to merely police the globe, in recent decades, America has gradually transformed its homeland into a battlefield with militarized police and weapons better suited to a war zone.

Since taking office, President Trump--much like his predecessors--has marched in lockstep with the military. Now Trump wants $716 billion to expand America's military empire abroad and billions more to hire cops, build more prisons and wage more profit-driven war-on-drugs/war-on-terrorism/war-on-crime programs that eat away at the Fourth Amendment while failing to make the country any safer.

Even the funds requested for infrastructure will do little to shore up the nation's crumbling roads, bridges, railways, highways, power grids and dams.

No matter how your break it down, this is not a budget aimed at perfecting the Union, establishing justice, insuring domestic tranquility, providing for the common defense, promoting general welfare, or securing the blessings of liberty for the American people.

No, this is a budget aimed at pandering to the powerful money interests (military, corporate and security) that run the Deep State and hold the government in its clutches.

So much for Trump's campaign promises to balance the budget and drain the swamps of corruption.

The glaring economic truth is that at the end of the day, it's the military industrial complex--and not the sick, the elderly or the poor--that is pushing America towards bankruptcy.

Related Topic(s): America Culture Of Violence; America Freedom To Fascism; Military Industrial Complex; Pentagon, Add Tags
Add to My Group(s)
Go To Commenting
The views expressed herein are the sole responsibility of the author and do not necessarily reflect those of this website or its editors.