Click Here to Remove All Ads
Source: The Guardian
As two more Afghan children are liberated (from their lives) by NATO this weekend, a new film examines the effects of endless US aggression 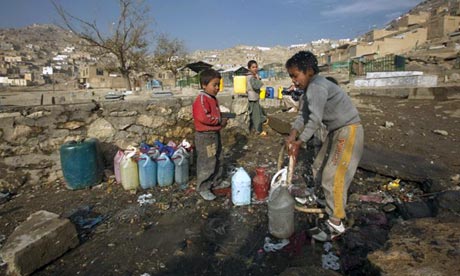 Yesterday I had the privilege to watch Dirty Wars, an upcoming film directed by Richard Rowley that chronicles the investigations of journalist Jeremy Scahill into America's global covert war under President Obama and specifically his ever-growing kill lists. I will write comprehensively about this film closer to the date when it and the book by the same name will be released. For now, it will suffice to say that the film is one of the most important I've seen in years: gripping and emotionally affecting in the extreme, with remarkable, news-breaking revelations even for those of us who have intensely followed these issues. The film won awards at Sundance and rave reviews in unlikely places such as Variety and the Hollywood Reporter. But for now, I want to focus on just one small aspect of what makes the film so crucial.

The most propagandistic aspect of the US War on Terror has been, and remains, that its victims are rendered invisible and voiceless. They are almost never named by newspapers. They and their surviving family members are virtually never heard from on television. The Bush and Obama DOJs have collaborated with federal judges to ensure that even those who everyone admits are completely innocent have no access to American courts and thus no means of having their stories heard or their rights vindicated. Radical secrecy theories and escalating attacks on whistleblowers push these victims further into the dark.

It is the ultimate tactic of Othering: concealing their humanity, enabling their dehumanization, by simply relegating them to nonexistence. As Ashleigh Banfield put it her 2003 speech denouncing US media coverage of the Iraq war just months before she was demoted and then fired by MSNBC: US media reports systematically exclude both the perspectives of "the other side" and the victims of American violence. Media outlets in predominantly Muslim countries certainly report on their plight, but US media outlets simply do not, which is one major reason for the disparity in worldviews between the two populations. They know what the US does in their part of the world, but Americans are kept deliberately ignorant of it.

Related Topic(s): America Culture Of Violence; American Foreign Policy; American Hypocrisy; Children; Killing, Add Tags
Add to My Group(s)
Go To Commenting
The views expressed herein are the sole responsibility of the author and do not necessarily reflect those of this website or its editors.