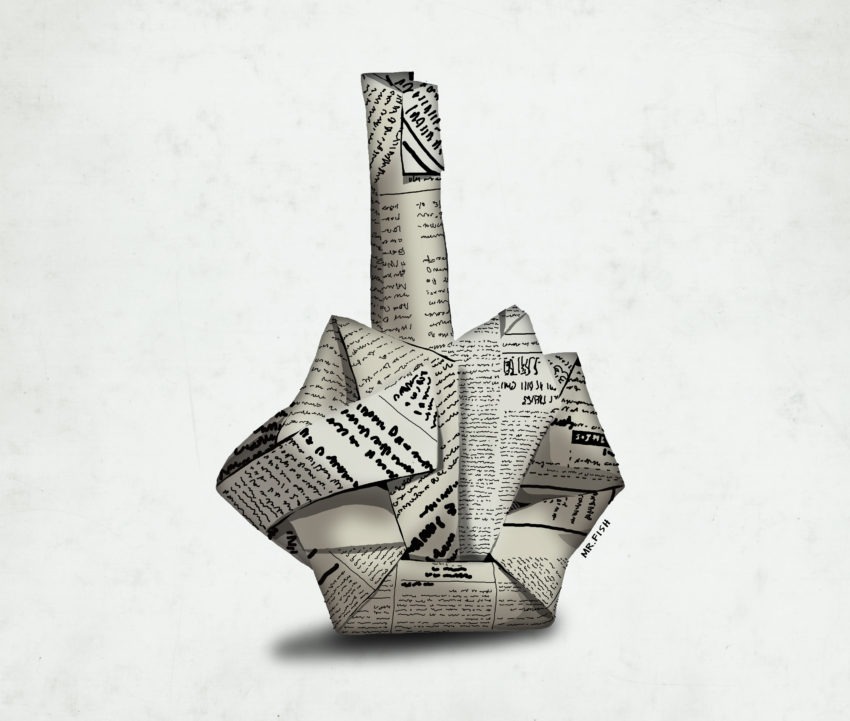 In "Manufacturing Consent: The Political Economy of the Mass Media," published in 1988, Edward S. Herman and Noam Chomsky exposed the techniques that the commercial media used to promote and defend the economic, social and political agendas of the ruling elites. These techniques included portraying victims as either worthy or unworthy of sympathy. A Catholic priest such as Jerzy Popiełuszko, for example, murdered by the communist regime in Poland in 1984, was deified, but four Catholic missionaries who were raped and murdered in 1980 in El Salvador by U.S.-backed death squads were slandered as fellow travelers of the "Marxist" rebel movement. The techniques also included both narrowing the debate in a way that buttressed the elite consensus and intentionally failing to challenge the intentions of the ruling elites or the actual structures of power.

"Manufacturing Consent" was published on the eve of three revolutions that have dramatically transformed the news industry: the rise of right-wing radio and Fox-style TV news that abandon the media's faux objectivity, the introduction of 24-hour cable news stations, and the creation of internet platforms -- owned by a handful of corporations -- that control the distribution of news and information and mine our personal data on behalf of advertisers, political campaigns and the government. The sins of the old media, bad though they were, are nothing compared with the sins of the new media. Mass media has degenerated into not only a purveyor of gossip, conspiracy theories and salacious entertainment but, most ominously, a purveyor of hate. Matt Taibbi, the author of "Hate Inc.: How, and Why, the Media Makes Us Hate One Another," has dissected modern media platforms in much the same way that Herman and Chomsky did the old media.

The new media, Taibbi points out, still manufactures consent, but it does so by setting group against group, a consumer version of what George Orwell in his novel "1984" called the "Two Minutes Hate." Our opinions and prejudices are skillfully catered to and reinforced, with the aid of a detailed digital analysis of our proclivities and habits, and then sold back to us. The result, Taibbi writes, is "packaged anger just for you." The public is unable to speak across the manufactured divide. It is mesmerized by the fake dissent of the culture wars and competing conspiracy theories. Politics, under the assault, has atrophied into a tawdry reality show centered on political personalities. Civic discourse is defined by invective and insulting remarks on the internet. Power, meanwhile, is left unexamined and unchallenged. The result is political impotence among the populace. The moral swamp is not only a fertile place for demagogues such as Donald Trump -- a creation of this media burlesque -- but channels misplaced rage, intolerance and animosity toward those defined as internal enemies.

The old media sold itself as objective, although as Taibbi points out, this was more a reflection of tone rather than content. This vaunted objectivity and impartiality was, at its core, an element of a commercial tactic designed to reach the largest numbers of viewers or readers.

"Objectivity was when I was told I couldn't write with voice," Taibbi told me when I interviewed him on my television show, "On Contact." [Part one of the interview; part two.] "I couldn't write with a point of view. Objectivity was to write in a dull, flat, third-person perspective. Don't express yourself. Don't be too colorful. This actually was, if you pick up The New York Times today, that same writing style. The original idea behind it is you didn't want to turn off people on the start because they're trying to reach the widest possible audience. This also infected radio, television. That's why you have this Tom Brokaw, Dan Rather-style delivery, which was monotonal, flat, unopinionated. A lot of people thought this was some kind of an ethical decision that news organizations were making. In fact, what they were trying to do is reach the greatest number of people to sell the greatest number of ads. That's how we developed that idea."

The old media rigidly held to the fiction that there were only two kinds of political opinions -- those expressed by Democrats and those expressed by Republicans. These two positions swiftly devolved into caricatures on radio and television. The classic example was the show "Crossfire," in which two antagonists, the stereotypical liberal and the stereotypical conservative, could never agree. The liberal, Taibbi pointed out, "was always cast as the person who couldn't punch back. He was always in retreat. The conservative was always in attack mode. A personality like Tucker Carlson." These staged and choreographed confrontations were, in essence, sporting events.

"If you watch a ['Sunday NFL] Countdown' you'll see the sets are designed exactly the same" as that of "Crossfire." "The anchor on one side. There's usually four commentators -- two that represent each team. They have graphics that tell you what the score is, who is ahead, who is behind. We want people to perceive politics as something they have a rooting interest in. There's no possibility of any gray area in any of this. Your political identity can't possibly bleed into any other political identity. You are on one team or another. That's it. We don't even acknowledge the existence of people who have different types of ideas. For instance, anti-abortion but also pro-union. Whatever it is. That doesn't exist in the media."

The fact that on most big issues the two major political parties are in agreement is ignored. The deregulation of the financial industry, the militarization of police, the explosion in the prison population, deindustrialization, austerity, the endless wars in the Middle East, the bloated military budget, the control of elections and mass media by corporations and the wholesale surveillance of the population by the government all have bipartisan support. For this reason, they are almost never discussed.

"It's always presented as two parties that are always in disagreement about everything," Taibbi said, "which is not true."

Once the old media model imploded with the arrival of 24-hour news networks, Fox-style news and the internet, the monopoly of a few dominant newspapers and networks ended. In the new setting, media organizations tailor their content to focus on specific demographics.

"MSNBC, which has gone through some interesting changes over the years, markets itself as a left-leaning network," Taibbi said. "But it was so intensely pro-war in 2002 that it had to uninvite Jesse Ventura and Phil Donahue from the network. This latest thing was 'Russia-gate' and the constant hyping of the narrative 'If you watch, you might learn any minute that we, along with Robert Mueller, are going to take down the president.' "

The media model not only sets demographic against demographic, it mutes and destroys investigations into corporate systems of oppression and genuine dissent.

"You don't have to make the news up for these people," Taibbi said of the process of carving up the public. "You can just pick stories that they're going to like. You start feeding them content that is going to ratify their belief systems. Fox did it first. They did it well. They started to make money. They were No. 1 for a long time. But this started to bleed into the rest of the business. Pretty soon, everybody was doing the same thing. It didn't matter whether you were the food channel tailoring content for people who liked food or MSNBC who tailored content for people who leaned in a certain political direction, you were giving people stuff they wanted to hear."

Related Topic(s): Hitler; Mass Media; Media And Democracy; Media Bias; Media Corruption; Media Frenzy; Media Network FOXNEWS; Media Network MSNBC; Politics; Stalin, Add Tags
Add to My Group(s)
Go To Commenting
The views expressed herein are the sole responsibility of the author and do not necessarily reflect those of this website or its editors.