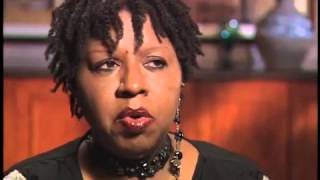 On Monday (January 27, 2020) on NPR I heard a white female novelist describe her difficulty in getting her novel published. The problem was not that her novel was uninteresting or badly written. Her problem was that one of the characters was black. Unbeknownst to her, it is now considered cultural imperialism or cultural trespassing -- some such term -- for a person with white skin to write about even fictional people of color.

Publishers liked her novel, but were afraid to publish it. They told the novelist that publishing her book would bring them charges of insensitivity toward blacks and be regarded as a sign of their disrespect of the maxim that only blacks can know about blacks. Her problem was not that she was writing insensitively about blacks, but that it is now considered insensitive for a white person to invade black culture by having a black character in a novel.

The novelist seemed to agree with this perspective. Her defense was that as she had lived with a black man for many years, she was familiar with blacks and thereby qualified to have a black character in her novel.

Another woman on the program said that the way publishers are dealing with this new problem is to send the manuscript to a "sensitivity checker" who can make suggestions that if implemented gives the book a "sensitivity approval." She did say that even with this safeguard, the subjective nature of what is considered insensitive can still rise up and bite the publisher.

Thinking about this new constraint on the creativity of white writers, I realized that little of the great literature that we have could have been written under this rule. For example, Shakespeare could not have written Othello.

One wonders if this is a two-way street. Are black writers banned from having white characters in their novels? Would this also be cultural intrusion, trespassing or imperialism? Probably not. This seems to be yet another offense of which only white people can be guilty.

The program brought to mind what I had recently read about white professors and administrators at Cambridge University in England being assigned a person of color as their monitor to make certain that language, lectures, reading lists, and university policies did not offend a sensitive student of color.

The report did not say whether black professors and administrators at Cambridge have white monitors to prevent blacks from calling whites "racist," "white supremacists," and so on. If so, there will be big changes in "black studies" programs.

All of the constraints seem to be for whites only. They alone are marginalized and have their voices muzzled and creativity limited.

One assumes that feminists will want to get in on this and that this road also will be a one-way street. It will be gender imperialism or gender trespassing for male novelists to have female characters.

University faculties punish whites for "insensitivity" toward people of color and punish white heterosexual males for "insensitivity" toward females. This happens whether the insensitivity was intended or simply in the mind of the offended. These same faculties host "women's studies" and "black studies" in which white people are routinely described as "racist" and white heterosexual males as misogynists and rapists. I assume there are now "transgender studies" which has its own epithets to throw. What we are experiencing is the marginalization of the majority by minorities.

What will be the result of giving protective status to the violent language of anti-white, anti-male minorities while muzzling the majority? Why is there no public discussion of this dangerous fomenting of social disunity?

Related Topic(s): Novel; Sensitivity; White Privilege; White Women; Women; Writing, Add Tags
Add to My Group(s)
Go To Commenting
The views expressed herein are the sole responsibility of the author and do not necessarily reflect those of this website or its editors.