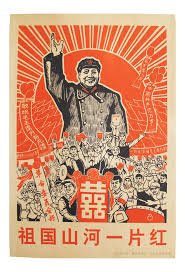 Yogi Berra said it, "It's like de'jà vu all over again." That feeling that we've all been here before and many didn't learn their lesson and didn't do their homework. Let me throw a name at you"Tokyo Rose. She was a Japanese American living in Japan at the outbreak of World War II. She hosted radio broadcasts aimed at American troops in the Pacific. Her purpose was to sow propaganda and to demoralize American troops. And the troops would listen because she played the latest hit records. It was like ten cc's of home to boys a long ways away in strange surroundings fighting to stay alive. They were made sterner stuff back then, I guess. They could listen to the music and ignore all her bullshit.

After the Korean War, the CIA was intrigued by North Korea's ability to brainwash American prisoners. They thought that the Koreans had developed some super drug able to bend the will of the human mind. It was the basis for the film "The Manchurian Candidate." After multiple investigations the CIA concluded it was repetition and that's why they performed multiple investigations because they didn't believe it could be that simple. It began with the old good cop bad cop routine with a dozen bad cops but only one good cop. The prisoner would be beaten and starved and denied water and then the good cop would show up and make the beatings stop and supply water. After a few weeks the prisoner saw the good cop as their only friend. Get it?

The line between friend and enemy is distorted. Even though I'm wearing an enemy uniform, I'm your friend, I like you and I will protect you. Do you know why? I feel sorry for you, America has abandoned you. America is a bad place; America is a war criminal but don't worry"I'll help you. No super drug needed, just apply stress and offer a more comfortable reality.

Related Topic(s): America; Candidate Project; Investigations; Korea; Manchurian Candidate; Prisoners; Propaganda; Stress; Way, Add Tags
Add to My Group(s)
Go To Commenting
The views expressed herein are the sole responsibility of the author and do not necessarily reflect those of this website or its editors.