A danger in both journalism and intelligence is to allow an unproven or seriously disputed fact to become part of the accepted narrative where it gets widely repeated and thus misleads policymakers and citizens alike, such as happened during the run-up to war with Iraq and is now recurring amid the frenzy over Russia-gate.

For instance, in a Russia-gate story on Saturday, The New York Times reported as flat fact that a Kremlin intermediary "told a Trump campaign aide, George Papadopoulos, that the Russians had 'dirt' on Mr. Trump's rival, Hillary Clinton, in the form of 'thousands of emails.'" The Times apparently feels that this claim no longer needs attribution even though it apparently comes solely from the 32-year-old Papadopoulos as part of his plea bargain over lying to the FBI.

Beyond the question of trusting an admitted liar like Papadopoulos, his supposed Kremlin contact, professor Joseph Mifsud, a little-known academic associated with the University of Stirling in Scotland, denied knowing anything about Democratic emails.

In an interview with the U.K. Daily Telegraph, Mifsud acknowledged meeting with Papadopoulos but disputed having close ties to the Kremlin and rejected how Papadopoulos recounted their conversations. Specifically, he denied the claim that he mentioned emails containing "dirt" on Clinton.

Even New York Times correspondent Scott Shane noted late last month -- after the criminal complaint against Papadopoulos was unsealed -- that "A crucial detail is still missing: Whether and when Mr. Papadopoulos told senior Trump campaign officials about Russia's possession of hacked emails. And it appears that the young aide's quest for a deeper connection with Russian officials, while he aggressively pursued it, led nowhere."

Shane added, "the court documents describe in detail how Mr. Papadopoulos continued to report to senior campaign officials on his efforts to arrange meetings with Russian officials...the documents do not say explicitly whether, and to whom, he passed on his most explosive discovery -- that the Russians had what they considered compromising emails on Mr. Trump's opponent.

"J.D. Gordon, a former Pentagon official who worked for the Trump campaign as a national security adviser [and who dealt directly with Papadopoulos] said he had known nothing about Mr. Papadopoulos' discovery that Russia had obtained Democratic emails or of his prolonged pursuit of meetings with Russians."

But the journalistic question is somewhat different: why does the Times trust the uncorroborated assertion that Mifsud told Papadopoulos about the emails -- and trust the claim to such a degree that the newspaper would treat it as flat fact? Absent corroborating evidence, isn't it just as likely (if not more likely) that Papadopoulos is telling the prosecutors what he thinks they want to hear? 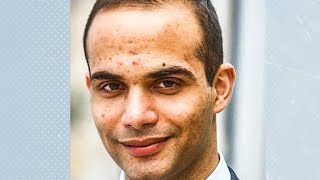 If the prosecutors working for Russia-gate independent counsel Robert Mueller had direct evidence that Mifsud did tell Papadopoulos about the emails, you would assume that they would have included the proof in the criminal filing against Papadopoulos, which was made public on Oct. 30.

Further, since Papadopoulos was peppering the Trump campaign with news about his Russian outreach in 2016, you might have expected that he would include something about how helpful the Russians had been in obtaining and publicizing the Democratic emails.

But none of Papadopoulos's many emails to Trump campaign officials about his Russian contacts (as cited by the prosecutors) mentioned the hot news about "dirt" on Clinton or the Russians possessing "thousands of emails." This lack of back-up would normally raise serious doubts about Papadopoulos's claim, but -- since Papadopoulos was claiming something that the prosecutors and the Times wanted to believe -- reasonable skepticism was swept aside.

What the Times seems to have done is to accept a bald assertion by Mueller's prosecutors as sufficient basis for jumping to the conclusion that this disputed claim is undeniably true. But just because Papadopoulos, a confessed liar, and these self-interested prosecutors claim something is true doesn't make it true.

Related Topic(s): Evidence; Facts; Intelligence; Iraq; Journalistic Responsibility; Prosecutor; Russiagate, Add Tags
Add to My Group(s)
Go To Commenting
The views expressed herein are the sole responsibility of the author and do not necessarily reflect those of this website or its editors.