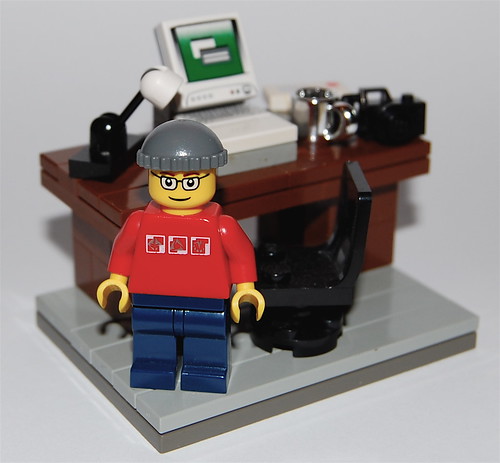 Are Bloggers Really Just "Eyeballs With No Insight" or "Digital Dickweeds"?

Those who run the gigantic news corporations, the accredited news organizations, those who are members of the press gaggle that far too often choose access over practicing investigative journalism---Those who control and work in the media with which we get the majority of our information on news and current events from are seeking to prevent the rise of bloggers in this nation.

Perhaps analogous to the way that the music industry is now in shambles because they did not anticipate that the Internet would lead people to use means of file sharing to get music instead of purchasing CDs or albums, the news industry presumably fears that its power will be infringed upon by lowlife citizens who have taken it upon themselves to pretend they know how to report and discuss the news.

Those in the Rupert Murdoch Empire have been watching closely and have been trying to sow the seeds of Internet news so that people will be prepared to buy news. Murdoch & Co. would like it so that bloggers like you and me have to pay a premium for information and then it would be less possible for us to argue for or against an issue. Pursuing an agenda for a cause or against an individual would be more difficult.

John Hartigan, CEO for News Limited, which RAW STORY reports is "a cog in the Rupert Murdoch empire responsible for the publication of more than fifty newspapers in Australia," appeared before the National Press Club in Canberra to argue that the newspaper business will adapt and survive.(Full text is posted here.)

While his overview of how the health of news organizations has declined in the past year is worth reading, of particular interest is what he has to say about bloggers.

Hartigan quoted Andrew Keen, author of Cult of the Amateur, saying, "Citizen journalists, he says, simply don't have the resources to bring us reliable news. They lack not only expertise and training but access to decision makers and reliable sources."

Keen's quote and Hartigan's argument would be more valid if The Australian, a national newspaper that Hartigan's own News Limited owns, wasn't publishing articles that, in the midst of the Iranian regime's crackdown on journalists and media, imply and suggest that Iranians are providing reliable news to news organizations around the world.

For example, in an article, "Citizen journalism arises from media's rubble," how Iranians have used Facebook, YouTube, Twitter, and CNN's iReport is highlighted. The Australian's Middle East correspondent, John Lyons, is quoted saying, ""Citizen journalism has its shortcomings but the Iran uprising has shown it is a net benefit."

Despite the fact that the article includes portions that urge caution when relying on citizen journalism for accurate information, it would seem that most often what is gained from those in the midst of the "news" which is unfolding are telling it like it is. After all, what is the incentive to lie?

Hartigan believes that, "the difference between professionals and amateurs is that bloggers don't go to jail for their work Â- they simply aren't held accountable like real reporters."

Interestingly enough, his own newspaper in the same article cited above proves his assertion to be foolishly wrong. It acknowledges how Iran currently "surpasses China in the number of journalists and webbloggers behind bars." Obviously, these bloggers have, contrary to Hartigan's belief, gone to jail for their work.

Kevin Gosztola is managing editor of Shadowproof Press. He also produces and co-hosts the weekly podcast, "Unauthorized Disclosure." He was an editor for OpEdNews.com
Related Topic(s): Blogger; Bloggers; Blogosphere; Citizens; Corporation News Corp Rupert Murdoch; Corporations; Democracy; Information; Internet; Internet; (more...) Journalism; Media; Media-News; Newspapers; Truth, Add Tags  (less...)
Add to My Group(s)
Go To Commenting
The views expressed herein are the sole responsibility of the author and do not necessarily reflect those of this website or its editors.