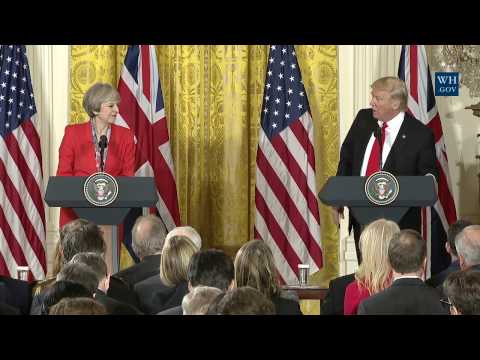 When Donald Trump began his presidential campaign no one believed he could possibly be elected. When David Cameron went to the country on EU membership, he could not imagine 'Remain' losing. So it was with Theresa May. Ahead in the polls by 21 points she sought an unassailable majority.

Whatever the reasons -- and there are many -- she received a drubbing, her party down by 13 seats. Instead of increasing her majority, she actually lost it. Yet she has cobbled together a working majority coalition and will remain prime minister. The real question is how long?

Safer to be feared than loved, advised Machiavelli. She is neither. Her co-chiefs of staff Fiona Hill and Nick Timothy have commanded a Fortress May, resistant to advice, aggressive to the extent of upsetting colleagues even members, and where reporting bad news is thought disloyal. The whole reminiscent of the Nixon presidency rather than, say, Ronald Reagan whose humor often deflected serious issues -- as when he observed he wasn't worried about the deficit ... it's big enough to take care of itself.

Shut out as they were, colleagues left May to run the election campaign -- one of the worst and notable only in her absence from public view. In contrast, and to everyone's surprise, Labor leader Jeremy Corbyn ran a superb campaign. He accepted the fact of Brexit including the immigration restrictions to follow EU departure even though he had been opposed to it. He looked ahead and focused on ways to help with jobs, housing, etc. As a result the Labor Party, written off by some commentators as about to disappear as a viable opposition, surged, actually gaining 32 seats and ousting several government ministers in supposedly safe seats with comfortable past majorities. His clearly left agenda prompted his post-election claim, "We've changed the face of British politics." The Labor Party's showing clearly strengthens the grip of the left within it.

Meanwhile, on the other side of the ocean, Donald Trump was entertaining a leader from Europe. If a reader's thoughts fly to Emmanuel Macron the new French president, it is perfectly logical. But no. It was President Klaus Iohannis of Romania. They talked about the 2 percent of GDP NATO Defense spending guideline, which Mr. Trump insists on labeling a 'contribution'. And Mr. Iohannis desired visa-free travel to the U.S. for Romanians.

They talked about NATO's Article 5 referring to common defense, which in Romania's context can have only one meaning: The U.S. would come to the aid of Romania in the event of a Russian attack. Not a soul in the U.S. would support war with Russia (with a possibility of being blown up) on Romania's behalf. Sad, but true, as the Hungarians learned in 1956. If Theresa May has her troubles, so does Donald Trump. James Comey, the F.B.I. Director he fired, has testified under oath before the Senate Select Committee on Intelligence and called him a liar. How can one place any trust in a liar? Lucky for Trump, it is not so easy to remove an elected U.S. president as it is to change a Conservative Party leader in Britain. May has already paid a first installment -- she has had to let Hill and Timothy go.

Arshad M Khan is a former Professor. Educated at King's College London, Oklahoma State University and the University of Chicago, he has a multidisciplinary background that has frequently informed his research. He was elected a Fellow of the (more...)
Related Topic(s): Donald Trump; Donald Trump Lies; Dump Trump; Immigrant Rights; Trump Diplomacy, Add Tags
Add to My Group(s)
Go To Commenting
The views expressed herein are the sole responsibility of the author and do not necessarily reflect those of this website or its editors.