Where is all this headed? Are all our rantings a lot of sound and fury, signifying nothing? Am I preaching to the choir? Can we change anything that's happened, that's still happening?

First, I should state that I believe in anarchy. Put aside your programmed, preconceived notions of what you think anarchy is. Anarchy is the absence of the State, not the absence of law and order. In understanding this, I recommend the works of Murray Rothbard, Ludwig von Mises, and Friedrich von Hayak (or just frequent mises.org - you'll thank me later).

The State, said Rothbard, is a gang of thieves writ large. Mention that we might try anarchy as a new direction and solution to the epic, multi-millenia failure of the State, and 99% of people would look at you like you have two heads. What's amusing about this is, anarchy has never been tried, just as Laissez Faire capitalism has never been tried, though it is a popular scapegoat among Statists on both the left and right side of the aisle.

Just as the money powers have discovered that control of a nation's economic system is far more effective than invasion by force of arms, so too must we discover that peaceful non-compliance is far more effective than armed rebellion. As I've heard it said, if you're fighting the system, you're still a slave to it. Fighting the system implies that the system has some power over you that you feel belongs to you that you want back. This is fallacy. The State has no power over you that you do not voluntarily forfeit to it. The power is and has always been with you, the free, sovereign citizen. All you need do is stand up, proclaim yourself sovereign and free, and that you do not recognize the tyranny that's been built around you, and, like the house of cards it is, the system collapses. 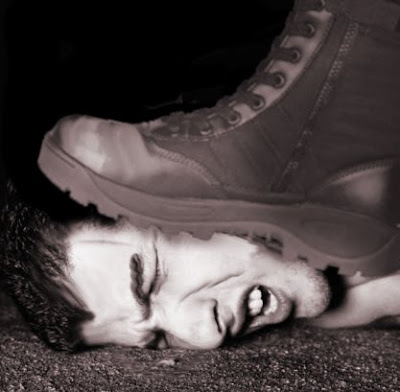 (Image by Unknown Owner)   Details   DMCA
Some of you simply think the solution is to keep voting the bums out, until that mythical, never before seen and glorious day when we finally get politicians who represent the people, rather than themselves and the corporate interests who installed them to power. Good luck with that. The current Nazi-esque tyranny we find ourselves living under was achieved by the same means you would attempt to install a functioning republic. The definition of insanity, said a man named Einstein, is doing the same thing over and over again, expecting different results. None are more helplessly enslaved than those who falsely believe they are free - Johann Wolfgang von Goethe

People can be made to perceive paradise as hell, and the other way round: to consider the most wretched sort of life as paradise. - Adolf Hitler

And yet, even with the endless list of failures attributed to the State, most people, bound by their programming, still will insist that we keep on keeping on, trying to perfect what is imperfectable. The State entails power, which, Lord Byron tells us, tends to corrupt; absolute power corrupts absolutely. We may very well hit the reset button, and start over with a very limited form of government, as we had at the Founding, but a piece of paper (a constitution) cannot, and never will, limit government power from feeding on more power, nibble by nibble, bite by bite, so that you don't notice your rights being eroded, and as time passes on, your rights have been eroded so carefully, so meticulously, that you don't remember what it was like to actually be free, and thus feel your present state of servitude is actually liberty - what David Icke calls the totalitarian tip-toe.

Jefferson himself had no problem with this, so long as the People were willing to take up arms against it on a regular basis. "God forbid we should ever be twenty years without such a rebellion," he said. "The tree of liberty must be refreshed from time to time, with the blood of patriots and tyrants." Sage as Jefferson was, I for one am uncomfortable with perpetual rebellion, an endlessly perpetuating cycle of enslavement and emancipation. It is all well and good for those lucky enough to be born on the timeline during freedom, but what of those who are forced, without their consent, as we are today, to live under the yolk of totalitarian slavery; to give of their property and their blood and their lives to shed this yolk? Surely this day is coming, but shouldn't we endeavor to halt the cycle, now, while the fire of liberty burns hot?

During the American Revolution, only 15% of the colonists supported independence, and only 5% actually participated. Extrapolated to today's population, and those numbers represent 45 million and 15 million, respectively. I submit that an even greater percentage are awake and would be willing to participate in a new revolution. But must it be armed? The police state control grid has been under construction for decades, and is near complete, if not already finished. Between the militarized, dumbed-down police forces, foreign nationals among our police and military, and the reversal of Posse Comitatus, as well as a web of FEMA detention camps spread across the country, they are ready to deal swiftly and cruelly with armed rebellion. This is not to say that they would prevail, only to point out that armed rebellion would be violent, bloody, and painful. I feel that it is also unnecessary.

And the taxpayer, not content with thus ruining political science, added insult to injury by damning all its chief ornaments as thieves, and by swearing that he would never let them rook him again. His bellow was now for the most rigid economy, and he swore that he would have it if the heavens fell. There was no holding him while the fit was on him. In many American cities public expenditures were actually reduced. - H.L. Mencken, "What is Going on in the World," American Mercury, Vol. 30, No. 119 (November 1933) pp. 259-260

For where does the State draw its support and funding from to pay for our own enslavement, to prepare for our inevitable rebellion? Funding and support comes from you. From me. From anyone who voluntarily supports Leviathan. You are conditioned to think that death and taxes are certain, but, while you can't escape death, taxes are indeed voluntary and the State is powerless to enforce their illegal theft so long as enough people refuse to cooperate with it.

During the Great Depression there was such a tax revolt. Not everyone participated in it but it was sufficient enough in numbers that the government was powerless to do anything about it. They could only hire people to go door to door begging - begging - people to pay their taxes. What a glorious example of the real power we, the People, have over even such a grotesque, power-bloated government. They begged them to pay their taxes. They didn't SWAT team their houses, shoot their dog, and throw them in jail. They begged them to allow the State to rob them. Let that sink in. 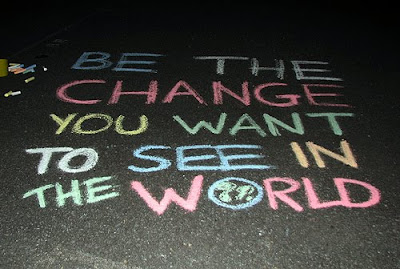 (Image by Unknown Owner)   Details   DMCA
The biggest problem we have now is, particularly since the Great Depression, that spirit of self sovereignty has been gradually eroded away, so that most Americans not only feel that they must pay their taxes, even if such taxes are illegal, but that it is their lawful, patriotic duty to do so, and they are more than happy to do it - anyone who does not is a cheat and a scoundrel and un-American. Would that I had a dime for every person who got angry at me for telling them that not only was the State robbing them and their children of their wealth and prosperity, but that none of it was legal in the first place.

The only real revolution that will deliver true liberty is a revolution of consciousness. This revolution demands that you stop looking outward for leaders and saviors, and be your own leader, your own savior. Within your own mind lies simultaneously the problem and the solution to all your problems.

You must lead, but you must not allow anyone to follow you, except to encourage them to be their own leaders. And we must recognize the innate power we as a collective have, that no matter how powerful the State becomes, it can only function if the people grabs it by the heel and places it upon their own necks. This is the genius behind the scam, but also the beauty behind the solution: stop empowering it. Do not vote. Do not pay taxes. Do not join or allow anyone you know to join the military. Do not invest or spend your money in the mega-corporations, particularly the banks, which control our government. Become self-sufficient: get off the grid. Produce your own food, water, heat, and electricity. Arm yourself.

Simply stop cooperating, and see how mighty and powerful they are: watch them fall to their knees and beg you to be slaves. Walk away from them clasping at your feet.

Steve Curtin is a recovering statist/neocon, truth and liberty activist, and father of two currently residing in southern New Jersey.
Related Topic(s): Resistance, Add Tags
Add to My Group(s)
Go To Commenting
The views expressed herein are the sole responsibility of the author and do not necessarily reflect those of this website or its editors.

The Chinese Finger Puzzle: How Voting Enslaves You